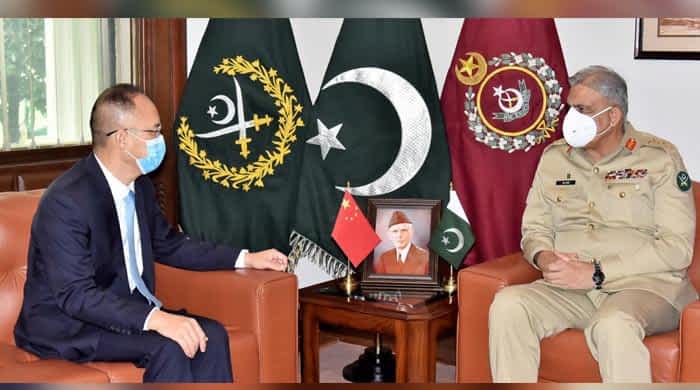 The development came during the army chief’s meeting with the Chinese Ambassador to Pakistan Nong Rong at the General Headquarters, the Inter-Services Public Relations (ISPR) said in a statement.

The COAS said as China and Pakistan work for peace, they needed to stay strong to thwart designs of all inimical forces challenging their resolve.

The army chief extended heartfelt sympathies and deepest condolences to the government and the people of the Republic of China, particularly the bereaved families affected by the Dasu incident.

“Both agreed on the need for continuous engagement and coordination for peace and stability in the region,” the military’s media wing added.