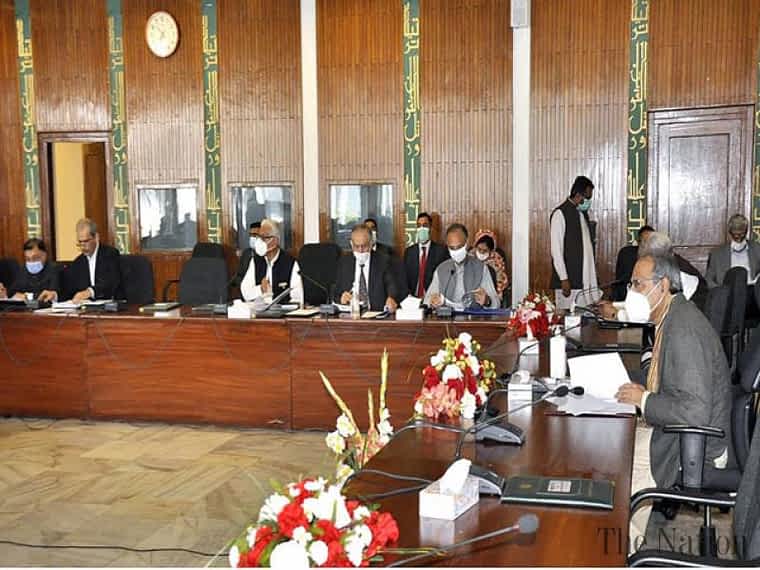 ISLAMABAD-The Economic Coordination Committee (ECC) of the Cabinet on Wednesday has formed a committee of all stakeholders to prepare a proposal on modalities for clearing the circular debt of the Petroleum Division.

The ECC, which was chaired by Adviser to the Prime Minister on Finance Dr. Abdul Hafeez Shaikh, has formed a committee with all the relevant stakeholders (Finance Division, Power and Petroleum Division, Planning Division, SECP, OGRA, OGDCL, PSO, SNGPL, PPL, GHPL, PLL) to prepare a proposal on modalities for clearing the circular debt of the Petroleum Division. The committee will prepare a well-rounded proposal in a month and submit before the ECC. The ECC also decided that the issue of circular debt may be considered holistically and a solution may be worked out to resolve the issue.

The PD had recommended some measures to ECC for clearing the circular debt of sector. It had asked for fix some portion of the Petroleum Levy to offload the dues of PSO. The PD had proposed the issuance of Sukuk (Islamic bonds) to cover the entire circular debt along with some other measures. Petroleum Division also suggested settlement of GDS (Gas Development Surcharge) payable by PPL on gas sales to GENCOs against the amount receivables by PPL from SNGPL while SNGPL to set off its receivables from the government on account of GDS against payable by SNGPL to PPL. Later, the ECC has formed a committee consisting of all relevant stakeholders for addressing the issue of circular debt of the gas sector.The ECC has also approved technical supplementary grants for NAB, Ministry of Health for immunisation program, Ministry of Religious Affairs on account of Hajj Expenses and for Anti-Narcotics Force.

The Ministry of National Food Security and Research (NFSR) updated the ECC on the situation of wheat import in the country. The Ministry briefed ECC that Trading Corporation of Pakistan (TCP) has opened the 6th tender for 110,000 MT of wheat and after price matching the total picked up quantity would be 320,000MT. MNFS&R also informed that there will be sufficient availability of wheat in the country by January 2021 and with the increase in supply, the prices would be lowered eventually. ECC also enhanced the quota of Gilgit Baltistan by another 10,000 MT as per their request (from 150,000 MT to 160,000 MT). The modalities for increased quota for GB shall be decided later.