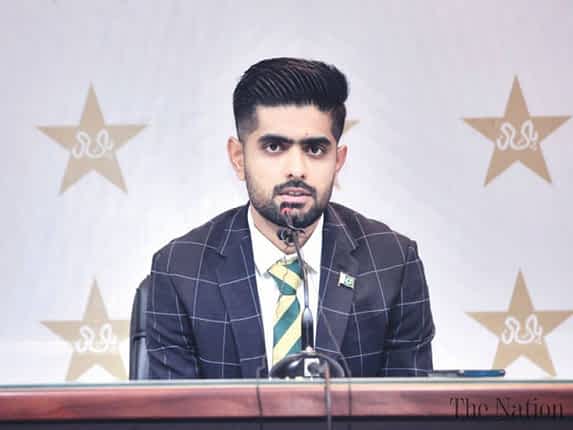 LAHORE-Pakistan team captain Babar Azam has said that he has no pressure and he has confident enough to do well against New Zealand.

Addressing the press conference here at the Gaddafi Stadium on Friday, Babar, who is leading the national side in all the three formats, said: “The PCB has given me a lot of confidence and asked me not to worry about short-term results as I am in their long-term plans. They have told me to play freely and there is no need to take any pressure of results, which will surely help me give out my best against any given opponent.”

The skipper said: “No opponent can be taken easy but if we do a head-to-head comparison with New Zealand, our team is also very good. They have a good team but we are also doing well. We performed well against England recently where we lost one series and drew the other one. Our batsmen did well there, so as the bowlers.

“We have Naseem and Shaheen, who bowled very well in England while Azhar Ali also batted well there. So the main thing for us in New Zealand is to have a good combination and to back our players to give them confidence, so that they may deliver and play key role in the team’s triumph,” he added.

Babar said he was struggling in Tests but former Pakistan head coach Mickey Arthur really supported him and gave him confidence, which bore fruit later. “Look at my example, I was struggling in Tests but I had support from the team management. Here I would like to mention Mickey Arthur who really supported me who said that more we support (Babar) and more we play him, the better he will become and so the improvement came into me after a year.

“I have always had pressure on me from the time I started playing for Pakistan, and it’s only after the series against the West Indies that I got a bit more confidence. You always have to face new challenges and now I have one more in shape of Test captaincy. I will try and enjoy it, and apply what I have learnt in the white-ball format to Tests as well,” he added.

The all-format captain said that while he would consult with the team’s senior players and former skippers, but the final decision would be his own. “I have learnt a lot from Azhar Ali and Sarfaraz Ahmed. I will consult them and seek their advice but in the end, the final decision will be mine.”

Babar dismissed any myths regarding any grouping with the team, saying that the players form ‘one unit’ and are genuinely happy for each other’s success. “All the players respect each other and are genuinely happy when the other players perform well. We are one team whose objective it is to play for Pakistan and strive to achieve glory for the country and we are all united as team Pakistan,” he asserted.