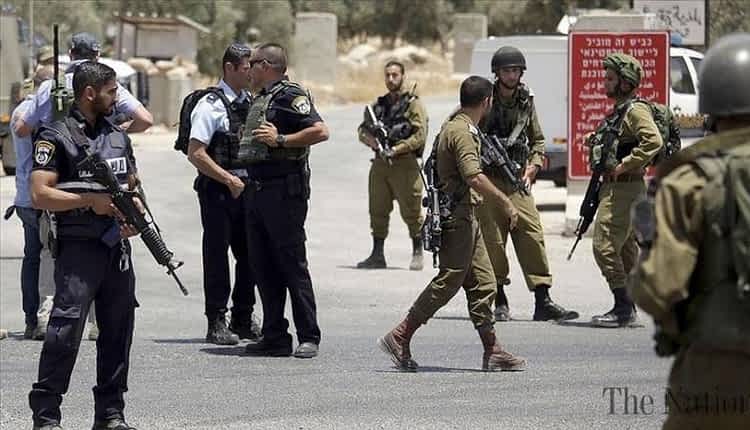 A fragile cease-fire between Israel and Hamas is still holding since it was brokered by Egypt on May 21, but its future depends on Israel’s behavior, said a spokesman for the Palestinian resistance group.

Speaking to Anadolu Agency during a visit to the Tunisian capital, Tunis, Sami Abu Zuhri underlined that his movement will respect the cease-fire agreement as long as Israel respects it.

“If Israel does not comply, it is natural for us to confront it,” said Abu Zuhri about the agreement, which brought an end to 11 days of Israeli bombardment of the Gaza Strip that claimed the lives of at least 289 Palestinians and left a trail of destruction which saw residential buildings, health centers, schools and media houses among the civilian structures targeted.

He noted that what was achieved was “a mutual and simultaneous cease-fire agreement, not a truce,” describing it as “fragile, due to the bloody and criminal nature of the occupation.”

Israel “does not respect agreements and carries out daily incursions into the cities of the West Bank, and the threat of displacement of the residents of Jerusalem is still present,” Abu Zuhri said, adding the continuation of such violations makes another round of confrontation likely.

The latest round of violence erupted against the backdrop of tensions over an Israeli court ruling to evict Palestinian families from their homes in the Sheikh Jarrah neighborhood of occupied East Jerusalem and police assaults on worshippers inside the flashpoint Al-Aqsa Mosque.

On May 25, US Secretary of State Antony Blinken embarked on a four-day trip to Israel, Palestine, Egypt and Jordan to discuss ways of strengthening the cease-fire among a host of regional issues.

On Monday, Egyptian intelligence chief Abbas Kamel was in Gaza for talks with the Hamas leader in the besieged enclave, Yahya Sinwar, to discuss a possible Hamas-Israel prisoner swap deal.

A day earlier, Kamel met with Israeli Prime Minister Benjamin Netanyahu and Palestinian President Mahmoud Abbas for talks on the Gaza cease-fire and reconstruction of the territory.

Abu Zuhri welcomed Kamel’s visit to Gaza and his shuttle diplomacy, saying it demonstrates Egypt’s interest in the Palestinian cause and its support for the Palestinians after the latest aggression.

The hospitality with which the Egyptian delegation was received in Gaza is “evidence of Hamas’ keenness to build great relations with Cairo,” Abu Zuhri noted, adding the visit serves the interests of the people of Gaza and strengthens bilateral relations between Egypt and Gaza.

The reconstruction of Gaza, according Abu Zuhri, was an essential part of the dialogue that paved the way for the cease-fire.

However, he reiterated the movement’s refusal to link the issue of prisoners to the reconstruction aid.

“The file of Gaza’s reconstruction is linked to the outcomes of the Israeli aggression. As for the prisoner exchange deal, its context is related to the release of Palestinian prisoners,” he said.

Hamas, which rules Gaza, is keeping four Israelis captive, including two soldiers who were captured during the Israeli war on the territory in the summer of 2014. The other two are civilians who entered Gaza under unclear circumstances.

On the other hand, an estimated 4,500 Palestinians are believed to be held in Israeli prisons, including 41 women, 140 minors and 440 administrative detainees, according to data compiled by organizations on the rights of prisoners.

Meanwhile, Israel insists that its soldiers should be released first if the reconstruction of the territory is to go ahead.

Abu Zuhri warned against “any slowdown or delay in the reconstruction of Gaza,” adding that Arab and Islamic parties, whom he did not disclose, will not allow any delay in this matter.

He suggested Egypt to lead the reconstruction project, noting the North African country’s “experience and competence.”

The Hamas spokesman also criticized the Palestinian Authority, which is now seeking a role in the reconstruction efforts, for adopting a “neutral” stance during the Israeli aggression on Gaza.

He noted that the head of Hamas’ political bureau, Ismail Haniyeh, will visit Cairo soon to discuss bilateral relations and Gaza’s reconstruction after Egyptian authorities extended an invitation to him.

Abu Zuhri added that Haniyeh also intends to make a tour to Arab and Islamic countries.

Hamas leaders have showered praise on Iran for its support to the group, provoking criticism among its supporters due to Tehran’s position on the Syrian revolution.

When questioned about the criticism, Abu Zuhri said the movement’s decision was made through its official and consultative institutions.

“Iran has given a lot for the resistance, and we appreciate its stance on serving the Palestinian cause.”

He highlighted that Hamas is keen to maintain relations with all Arab and Islamic countries and not to foster a relationship with one country at the expense of another.

“We welcome anyone who wants to get close to us,” Abu Zuhri said.

Asked about the reason for his visit to Tunisia, Abu Zuhri said he came to express appreciation for the support of the Tunisian leadership and people to Palestinians during the recent Israeli aggression.

He pointed out that he met with various parties and institutions in the country and has made calls for the establishment of a national fund to allow Tunisians to channel their contributions to support those affected by the Israeli aggression on Gaza.

Abu Zuhri hailed the Tunisian people as “having a special imprint” in resisting the Israeli aggression, noting that drones bearing the name of the late Tunisian Mohamed al-Zawari had been used in defending Gaza.

Al-Zawari was an aviation engineer and a member of the Al-Qassam Brigades, Hamas’s armed wing.

He was shot dead on Dec. 15, 2016 outside his home in Tunisia’s southeastern city of Sfax.