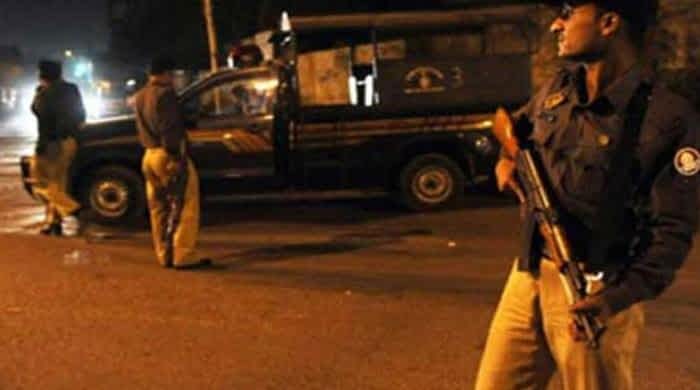 Following the target killing of a policeman, Sheraz Khan, in the SITE area in the late hours of Thursday, a case was registered on Friday at the Counter-Terrorism Department (CTD) under a clause of the anti-terrorism law.

An FIR No 19/21 under the Section 302 of the Pakistan Penal Code and Section 7 of the Anti-Terrorism Act was registered at the CTD Civil Lines on the request of the deceased cop’s brother. Unidentified persons were nominated in the case.

The complainant stated in the FIR that Khan was deputed in the Anti-Vehicle Lifting Cell and he had returned home after completing his duty at around 8:30pm on Thursday when he again left home after he received a phone call at around 9:15pm.

“Later, it came to my notice at 10:30pm that my brother has been injured. I saw my brother’s body when I reached the hospital,” the complainant stated. The family took the body

away with them to their hometown in Khyber-Pakhtunkhwa for burial.

In the meantime, CTD officials said a case had been registered while they were carrying out investigations in different angles. Khan was shot dead by unidentified suspects on Thursday night near Khattak Chowk of the Metroville area. The assailants opened fire on the 30-year-old constable and fled the scene.

Following the killing, contingents of police and the Rangers rushed to the place of the incident where they found empty shells of a 9mm pistol as well as the constable’s gun. The slain cop was recently transferred from the Special Security Unit (SSU) to his current department in the Shareefabad area of the city. He was a resident of Block D, Frontier Colony No 3. The Sindh inspector general of police also took notice of the killing and sought a report in this regard.