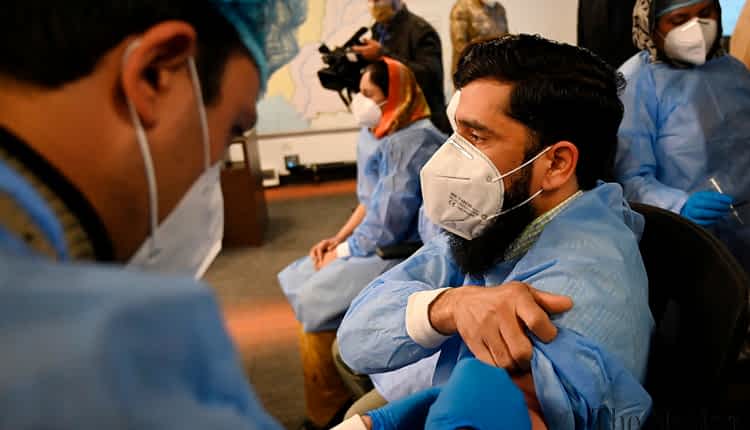 The National Command and Operation Centre (NCOC), on Wednesday, has made the vaccination of novel coronavirus mandatory for employees of the public and private sectors.

The decision to this effect was taken at the NCOC session held in Islamabad today with Federal Minister for Planning, Development and Special Initiatives Asad Umar in the chair.

“The government employees should get themselves vaccinated by June 30,” it said while sharing that the citizens would be encouraged to get vaccinated.

The forum decided that a countrywide mass vaccination campaign will be run under a three-pronged approach and all citizens will be immunized on a voluntary basis.

The NCOC also allowed walk-in vaccination of citizens aged 18 and above from June 11 besides easing COVID restrictions nationwide.

The NCOC also decided to restrict movement once a week, contrary to the previous ban on movement for two days a week.

“The provinces will independently decide on the day,” the body overseeing COVID strategy nationwide said, adding that restrictions on shrines and cinemas would however continue.

The offices are also allowed to operate with 100 percent attendance, while the ban on inter-provincial transport for two days has also been lifted, the NCOC announced. The occupancy in public transport has also been raised from 50 to 70 percent.

The ease in restrictions will come into force from June 15.

It is pertinent to be stated here that the nation, on Wednesday, achieved a major milestone of administering ten million doses of COVID-19 vaccine.

Lawyers want govt to quash FIR against ex-judge, others