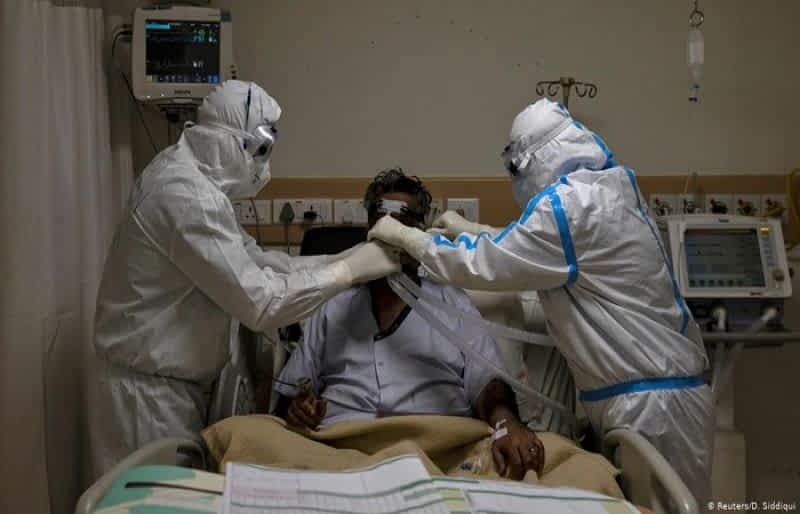 While over 2,000 cases of Covid-19 were reported from across the country for the second consecutive day on Saturday, the number of active cases reached 24,938.

Moreover, the number of ventilators in use by the Covid-19 patients has surpassed 200 and Balochistan is the only province in which there is no patient on a vent.

In September, the number of cases dropped to less than 300 but in October cases again started increasing due to which the National Command and Operation Centre (NCOC) officially announced that second wave of the virus had arrived in Pakistan.

According to the data released by the NCOC on Saturday, the number of cases reported in a day was 2,165 and 17 people lost their lives due to Covid-19. Total number of active cases surged to 24,938.

The data showed that there were only 5,831 active cases of Covid-19 in September but on Oct 31 the number of active cases rose to 12,121. On the same date 100 out of 1,884 ventilators allocated for Covid-19 patients were in use, but there was no patient on vent in Azad Jammu and Kashmir, Gilgit-Baltistan and Balochistan.

However, on Saturday the data showed that the number of vents in use was 204 and there was no patient on vent only in Balochistan.

Meanwhile, Arshad Waheed Chaudhry, a journalist associated with Private channel, died of complications arising out of Covid-19 on Saturday. After having contracted coronavirus, Mr Chaudhry had been on ventilator for the last more than one week.

On Nov 11, the NCOC suggested an early and extended winter vacation in schools to reduce impact of the disease spread and ensure safety and health of students.

Moreover, the NCOC suggested banning all public gatherings, including political, cultural, religious, entertainment and civil society gatherings, of more than 500 people. It reduced the number of participants of marriage functions by 50 per cent and enhanced restrictions in high risk areas due to Covid-19 resurgence amid second wave of the pandemic.

The NCOC also suggested that only take-away and outdoor dining facilities should be available at restaurants till 10 pm. It decided to close cinemas, theatres and shrines with immediate effect.