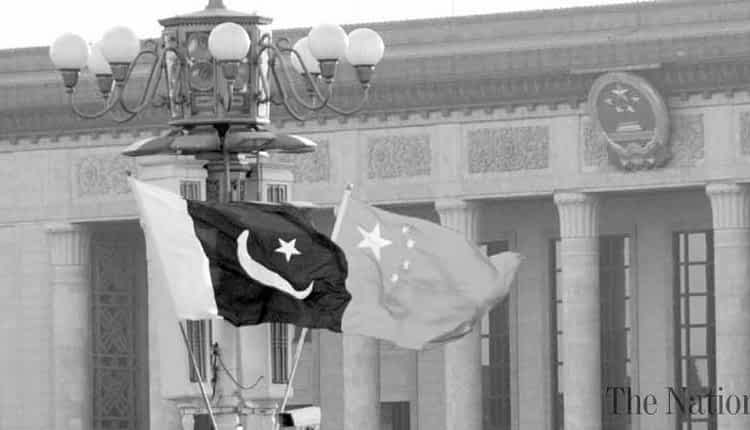 ISLAMABAD   –  After work initiated on China Pakistan Economic Corridor (CPEC) as cornerstone of economic growth for the partner countries under the flagship project of Belt and Road Initiative (BRI) has opened up new avenue of ‘Pak-China Knowledge Corridor’ in the field of higher education for Pakistani students in leading Chinese universities.

The exemplary Pak-China bilateral relations spanning over seven decades have further strengthened after the CPEC project was launched. The smooth construction of the project has connected the two friendly countries more than even before. With mutual understanding, the large scale connectivity through the corridor is not only shaping shared destiny of the two countries but it is also creating “win win situation” to reap the yield of the project. Therefore, this year, both the countries have decided to celebrate the establishment of the deep-rooted historic ties throughout the year through more than 100 events consisted of cultural activities, photography exhibitions, fashion shows, publication of books and people-to-people exchange programs.

In the field of higher education, the friendly neighbouring country has been producing a large of number of research scholars and professionals in almost all disciplines from medical to engineering, social sciences to humanities, management sciences to applied sciences and technology to Chinese language courses. Sharing their experiences, a large number of Pakistani students have said that the world ranking universities of China facilitate students to harness their skills and learning.

According to Director Pakistan Institute of China Studies, University of Sargodha, Dr Fazlur Rahman, after initiating work on CPEC, the two countries have expanded the canvas of bilateral relations from economic to political, strategic to cultural and trade to education that urged the two sides to strengthen people-to-people connectivity through cultural exchange programs and education corridor. He said that Pakistani students under special arrangement of the Chinese government had been regularly getting scholarships. “The Chinese government has proposed to establish Pak-China institute of higher education in China for scholarship programmes while linking it with Higher Education Commission of Pakistan to attract best students from Pakistan,” he added.

Dr Sahib Khan, who recently completed his PhD in digital media studies from Ocean University of China, said, “I had a wonderful experience of research as I found the faculty very cooperative throughout my stay in the university.” He said that there were a lot of scholarship opportunities for young Pakistani students in leading Chinese universities. He said that the Chinese people were disciplined, hardworking, sincere and committed to develop their country, adding that they were role model for international students.

Dr Furqan Rao, another PhD who recently completed his doctorate degree in journalism and communication studies from Tsinghua University China, has said that China has increased the number the scholarships for Pakistani students after initiating work on CEPC. He said that more than 30,000 Pakistani students were enrolled in different education programmes. China had six out of 100 global top ranking universities which they had planned to increase it 20 by 2030, he added.

Intihab Alam, another research scholar who is currently enrolled in PhD English programme at North-East Normal University (NENU) China, has said that the country was an ideal destination for higher education, particularly in the field of applied sciences as they had advance labs equipped with cutting-edge instruments and machineries for the research experiments. He said, “I recommend Pakistani students to study in leading Chinese universities in the science disciplines.” He said the Chinese people had accommodative social behaviour for international students, adding that they had strong monitoring system with law abiding citizens who strictly adhered to the rules and regulations.

Dr Rao said, “China has become the second largest destination for higher education worldwide after the US as it has now more than five hundred thousand international students.” He said due to rise of China’s economy, the trend to learn Chinese language had also increased manifold during the last decade. The BRI had a vital role to connect and open up China to the whole world, he added.

Dr Manzoor Afridi, who has done his PhD in IR from Jilan University China, has said that the country has a modern education system and it has students from all over the world in research degree programmes. He said a large number of Pakistani students were enrolled in different programmes of Chinese universities whose numbers have been increased. “After completion of CPEC, the prospects of higher education would further increase for Pakistani students in China alongside people-to-people contacts, familiarity with the Chinese language and culture,” he added.

4 persons including child killed in separate incidents in twin cities

Woman serving as trailblazer in struggle for animal rights