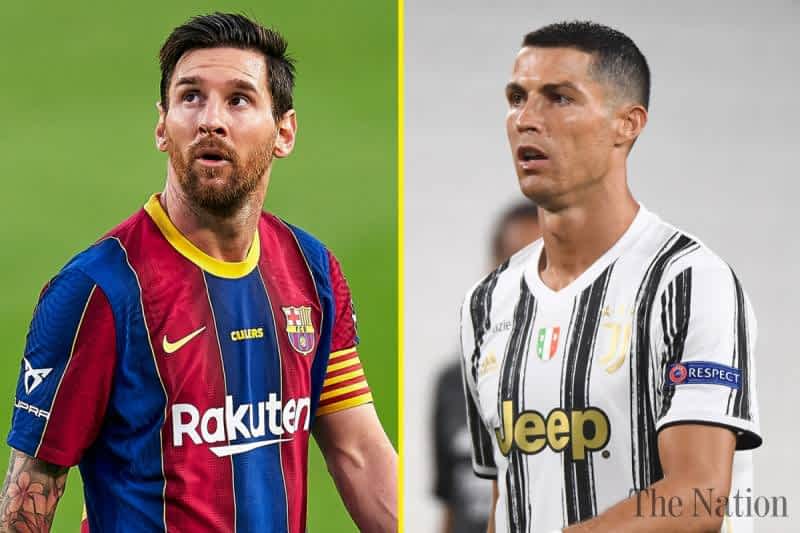 Fans have been waiting in great anticipation to see two of the greatest footballers, Cristiano Ronaldo and Lionel Messi, go head-to-head ever since the UEFA Champions League fixtures put Juventus and Barcelona in the same group.

Cristiano Ronaldo struck twice from the penalty spot to win his battle over rival Lionel Messi at the Camp Nou on Tuesday night. His brace helped Juventus outclass Barcelona 3-0 to claim the top spot in their Champions League group.

The Portuguese superstar had not faced Messi since he left Real Madrid for Juventus in 2018.

It did not take long for the forward to make his mark on the game as he tested Barca keeper Marc-Andre ter Stegen early on. Just 13 minutes into the game, Ronaldo converted from the spot after being fouled by Ronald Araujo.

Despite being 35, Ronaldo ran the show and kept making runs behind the Barcelona defence.

The former Real Madrid star notched his second from the spot after Clement Lenglet’s hand ball in the penalty box in the 52nd minute.

Ronaldo’s two penalties takes his goal tally against Barca to an extraordinary 20 in 31 games.

During the entire match Messi fought valiantly in what always looked to be a losing battle.

The Argentine did manage to test Juve goalkeeper Gianluigi Buffon a number of times from distance but never looked like finding the back of the net on a night that belonged to his old foe.

Speaking to Movistar after the clash, Ronaldo flaunted his equation with Messi, pointing out that they have been good friends off the field despite the hype around the rivalry between the two greats over the years.

“I never saw him (Messi) as a rival. He always tried the best for his team and I tried the best for mine. I always got on well with him. I am sure he will say the same if you ask him. I have always had a cordial relationship with him”, Ronaldo said. “As I have said before, for 12, 13, 14 years [I have been] sharing prizes with him. But we know in football people always look for a rivalry to create more excitement”.

Ronaldo and Messi are considered to be two of the greatest to have ever played the game. The two repeatedly fought for the Ballon d’Or for a decade between 2008-2017.

In October, Andrea Pirlo’s men were defeated 2-0 at home by Barcelona in the first leg. The Italian champions were without Ronaldo as he was under quarantine at home after testing positive for COVID-19.

Is Pakistan dealing with taxes the right way during pandemic?