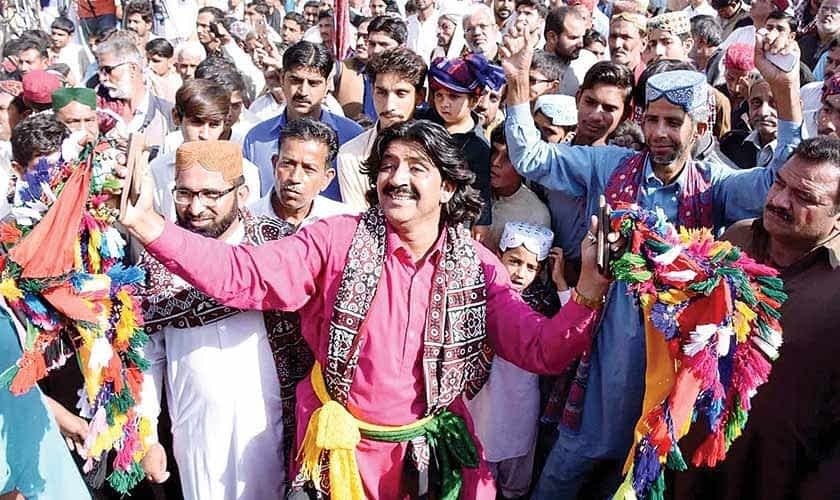 In these days of fear, fatigue and anxiety, any mention of culture is a welcome break.

The cultural activity has been placed on the backburner as the fear of people gathering in one place enhances the chances of the spread of the virus but all other activity is being carried out in the name of religion, and freedom of action as a democratic right guaranteed under the constitution.

The people of Sindh were the first to unfold the flag of cultural individuality in the Pakistan left after truncation and the creation of Bangladesh. Earlier, it had been the Bengalis who raised the banner of their cultural individuality, challenging the assumptions inherent in building of the new state called Pakistan. There was a view following a more homogeneous model would guarantee a firmer underpinning of national cohesion, than one that was not that homogeneous. In some ways it emphasised the individual aspects of cultures that expressed themselves in the various regions and communities of the country,

The peculiar conditions of the making of Pakistan and the large migration of the people dramatised and challenged the given definitions of culture and its relevance in nation building and political unity. A new country emerged which had an unprecedentedly large percentage of people who had come from other regions of the sub-continent, that too in a very brief period of time. Thus, they were left to fend for themselves and build their own hot houses of culture. No preexisting definition could accommodate this new situation as the world had no prior experience of such a massive exodus and subsequent nation building.

The choice was between paying sufficient heed to the diversity or to thrust a cut and dried model of nationalism-based culture, the state of Pakistan feeling uncertain and edgy chose the latter.

In Pakistan, since it was an experiment of sorts, the regional cultures have been erroneously pitted against an imagined national culture. The idea of the two existing side by side was ruled out at the very beginning. Any difference or divergence was seen as a betrayal of the grand project called Pakistan. And those protesting were slammed with labels like being either backward-looking or being in allegiance with the places where they had migrated from. It was seen as antagonistic to the unified cultural model as propagated by the so-called ideologues.

The role of religion has often been overplayed in the filling the gap left by the lack of cohesion or a certain concept of national unity. Usually, it is much more formal and almost like a straitjacket that offers little scope for difference of a competing narrative with the result that it is based on exclusion. Then, many thought that a greater insistence on religion was a guarantor against many of the practices perceived to be non-Islamic here. They, too, fell for the fallacy that had created a hyped-up imagined cultural model based on a meta-religious narrative. This led to the exclusion of much that the Bengalis did as they were not seen as Islamic enough.

After the geographical dismemberment of the country, the question of culture assumed more importance with the Pakistan Peoples Party getting into the seat of power. It immediately challenged the Muhajir domination in the province of Sindh. That led to many changes in the social structure including the further sub-division of quotas. After the execution of Zulfikar Ali Bhutto and the rise of another Sindhi prime minister, Muhammed Khan Junejo, the issue of culture was delinked from its political dimension and was seen only as a language, song, dance, poetry and visual representation issue. This was a way of wooing the population and assuaging their grievance. This was the time when the love for the ajrak, the topi and the ralli was rediscovered and its particularities glorified.

Culturally, the inhabitants of the Punjab have suffered the most and have paid with their language and other cultural peculiarities in holding up the structure of the meta-narrative of national culture. Their language became a casualty and has been replaced by its Urdu variant. Many of the children in the Punjab cite Urdu as their mother tongue for its more distinct cultural modes are seen as examples of either backwardness or rustic existence. The urban middle classes distance themselves from the distinct cultural modes and see it as antagonistic to the more globalised cultural footprint. Punjabi is viewed as a language of the street and only spoken with and by the servants.

However, probably with the Punjabi domination, the other nationalities in the country do not have the luxury of likewise distancing themselves from their mother tongues. Such distancing implies abandoning the distinctness of their culture. They have to somehow seek a balance between what is distinctly theirs and something that frees them of the stain of being stuck in the mire of backwardness.

It is a joy to see and hear the other nationalities emphasising their languages, and connecting instantly on its basis, no matter where they are and which class or tribe they belong to. This is an asset that one should capitalise upon and try to build a national consensus around. The Punjabis are beyond redemption on this issue and are more concerned about lapping up English as against their Urdu in their onward march to progress.

The general trend of forcing religion to replace the peculiarities of our cultural diversity is a path that is fraught with danger as has been shown in East Pakistan. One should realise that there are more than 50 other Muslim countries in the world. What separates or identifies a nation state is its distinct culture. This distinct culture, firstly, needs to be valued rather than run down by sticking on it a stigmatized reference. Secondly, culture is not just entertainment but has a political dimension as well.

The writer is a culture critic   based in Lahore.