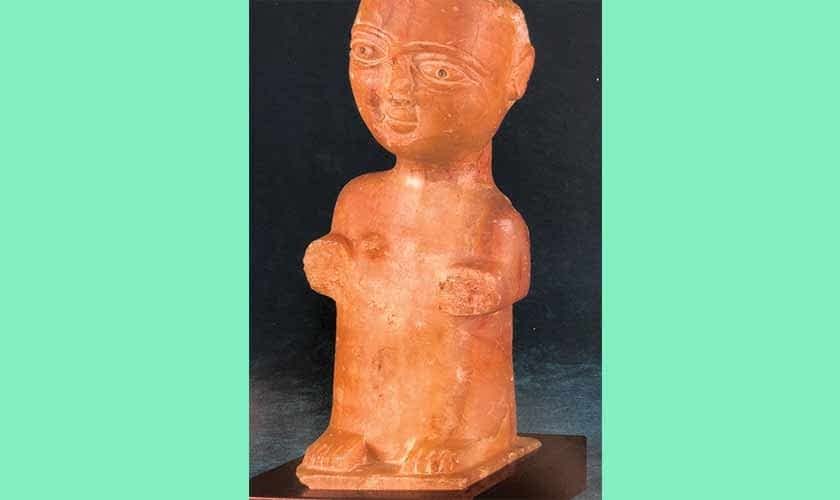 There is a widely-held belief that Arabia was a land without cultural sophistication, refinement of expression, and the presence of masters before the rise of Islam. Actually, Islam not only converted Arabs, but also transformed the Bedouin society into a great civilisation, which spread from the crest of North Africa to the depth of East Asia and from the Iberian Europe to the heart of Africa. Probably the notion of pre-Islamic era (before 610 AD) being a primitive culture, is mainly based on the description of that period as Jahiliyya – literally meaning ignorance – rather darkness.

But contrary to this popular view, Arabian community did produce an array of poetry before the advent of Islam, with some profound verses, among others by Imru’ al-Qais, Zuhayr bin Abi Sulma, Tarafah ibn-al-Abd, and Laila bint Lukaiz. Their “masterpieces of poetical composition”, called Mu‘allaqat, were “inscribed in golden letters and suspended on the walls of the Ka’ba”, hence literature thrived in that oral culture. With the dawn of Islam, the course, subject and function of poetry shifted, but Arab people’s love of verse survived and flourished through some great Muslim bards such as Abu Nuwas, Al-Ma’arri and Al-Mutanabbi.

As one is familiar with the tradition of poetry in Arab society, one is also aware of a near absence of other creative expressions, like pictorial arts representing living beings. Islam discontinued and discouraged the custom of idol worship, so there were no figurative sculptures in the early Islamic period. However, the pre-Islamic Ka’ba housed 360 statues of pagan gods; and Prophet Muhammad (peace be upon him) cleansed the Ka’ba upon his return to Mecca in 629 AD.

This account informs on the presence of sculptors, who produced effigies of multiple gods for public consumption. Beyond Mecca also, idol worship was a common part of life, thus tribes, clans, and hamlets needed their local statues to perform their religious rites. Some of these deities were al-Lat (the mother-goddess), Manat (the goddess of fate), al-Uzza (the goddess of love) and Hubal (the oracular deity). Their pictorial manifestations, found at various sites, point to the brief art history of Jahiliyya period.

The fragmentary knowledge of these sculptures can be compared to the evolved genre of pre-Islamic poetry. The few examples of stones, of gods and goddesses, vary according to regions, since Arabian peninsula is a large tract of land so images, say of al-Lat from Palmyra are different in terms of features, characteristics and stylisation, from the ones made in Hijaz.

Anyone familiar with the depiction of gods in stone is conscious that gods are portrayed on the model of men and women, (ancient Greek philosopher Xenophanes explained: “If cows and horses had hands and could draw, cows would draw gods that looked like cows and horses would draw gods that looked like horses.” Today when we view the archaeological pieces of that age showing holy figures, we know that we are staring at people who lived more than two thousand years ago.

Also in a culture, where statutes were utilised, makers of these images also carved figures of specific persons, i.e., kings, priests, heroes, elders and other mortals. Interestingly, as the image of a holy entity, even simplified, stylised and minimised – was believed to be ‘god’; in ancient cultures, images of human beings, even when altered, were still considered and accepted as a ‘true’ resemblance. This can be observed in the sculptures from South Arabia, regions today called Hijaz, Yemen, Muscat, Oman and the land of Saba (Biblically mentioned as Sheba; its Queen visited the court of King Solomon.)

Philip K Hitti in History of the Arabs, claims: “The Sabaeans were the first Arabians to step within the threshold of civilisation”. (According to Ziauddin Sardar: Amr, the leader of Luhayy, a Sabaean tribe, “is said to have been the first person to introduce paganism to Mecca, and bring idols into the Sanctuary”). In their statues from South Arabia and dating from 3rd century BC to 1st century AD, one recognises attempts to formulate faces of ordinary people as well as of deities. A majority of these stone reliefs, had heads rendered in geometric forms. Interestingly, even in this simplified idiom, gender is specified through certain codes: beard like a receding outline of chin for men, and the lock of hair on women’s head. These “South Arabian sculptors worked primarily with stone, particularly calcite-alabaster and limestone, although bronze and clay were also used”. Divinities created by these sculptors (according to inscriptions of text) varied from the god of sun, god of ibexes and god of the bull. However most of these gods emerged in human persona, often with a raised palm, gesture of benevolence and guidance that reoccurred in religious art, like Buddhist and Christian.

Art, at that time, was not divorced or delinked from faith. So most faces and bodies of ordinary humans were carved for mortuary purpose, almost like tombstones. Some figures from these regions have torsos with their arms stretched – as if in the state of offering; or both hands clasped in front like in the presence of a supreme entity.‘Head Stela of a Man with Circular Beard’ 5th-2nd century BC. Calcite-Alabaster

Art at that time was not divorced or delinked from faith, so most faces and bodies of ordinary humans were carved for mortuary purpose, almost like tombstones. Some figures from these regions have torsos with their arms stretched – as if in the state of offering; or both hands clasped in front like in the presence of a supreme entity. This, the act of holding hands on top of each other in order to show reverence is visible in several cultures, for example the statues from Tell Asmar, Mesopotamia (ca. 2700 BC), in which groups of individuals are standing with their hands joined on their chest. In a sense the standing position of our prayer (qayam) is not dissimilar to the posture of ancient statues.

These sculptures, more important today because stemming from a disrupted tradition, reveal how the entire history of art is the history of human depiction in art. Some of these pieces anticipate modern sculptures, especially of Cubists; particularly of Brancusi and Modigliani. The tendency of dividing features into basic forms, avoiding unnecessary details, and concentrating on essential elements overlaps in the sculptures of Ancient Arabia and of twentieth century.

This comparison and connection is extraneous and accurate at the same instant. False and irrelevant, because some modern artists, out of several choices, did prefer a vocabulary derived from the primitive art; whereas the practitioners of ancient sculptures pursued the only available language to convert their observation into objects. On the other hand, their link is true and logical, because even if when an artist is supposed to have options, deep down there is no free choice. He or she is as forced to adapt a diction in his/her art, as any individual is ‘compelled’ to dream in one language despite o having command on several tongues.

The last thread that binds the works of modern or contemporary art, to historic objects, is the ability of art to transcend its initial function, content and context. A three-dimensional structure made to commemorate martyrs of World War I, or survivors of Holocaust, or to please one’s lover, in future will predominantly be perceived as ‘art’, like stones from South Arabia, carved for religious service and beliefs now exist primarily as ‘art’.