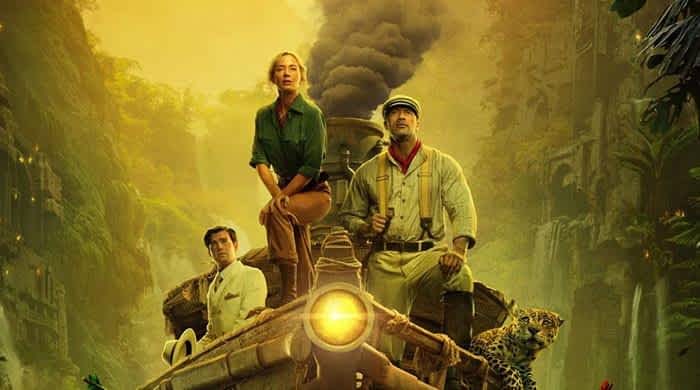 Jungle Cruise, Disney’s new nostalgia-soaked adventure film based on a 1950s theme park ride, has an unexpectedly modern twist — one of its main characters comes out as gay.

A scene in which Jack Whitehall’s character discusses his sexuality with Dwayne ‘The Rock’ Johnson’s Amazon boat captain, though far from ground-breaking by modern cinema terms, is a departure for the traditionally conservative studio.

Young British fop MacGregor does not use the specific word “gay,” but explains how he broke off three engagements with women because his “interests happily lay elsewhere,” prompting skipper Frank to raise a toast to “elsewhere.”

“I felt that the scene was really exactly what it was, which was two men talking about what they loved, and who they loved,” Johnson — the world’s top-paid movie star — told a press conference this week.

But the exchange is likely to make waves upon the film’s release Friday, with each of Disney’s tiny steps toward LGBT representation in recent years having been slammed at home and abroad — and not just by conservatives.

US evangelical group One Million Moms (1MM) organized a boycott of Toy Story 4 in 2019 for briefly depicting two moms dropping their child at school, accusing Disney of “pushing an agenda and exposing children to controversial topics.”

The Jungle Cruise representation goes further — MacGregor explains he joined his scientist sister (Emily Blunt) on her expedition to Brazil because she “stood by” him while others in World War I-era London spurned him because of who he “loved.”

“It was a scene that we really wanted to get right,” said Whitehall, a British comedian-turned-actor, who is straight.

Expanding on the theme at Sunday’s world premiere in California, Whitehall told Variety he thought the scene was “significant” and “one that we certainly thought about and talked about a lot.”

“I hope that it’s a scene that audiences enjoy and I certainly felt at the time that I was proud of the work that we’d done,” he said, adding that he hoped it would be a positive for LGBT children watching.