District Central’s taxes used to go to someone as extortion: Murtaza Wahab 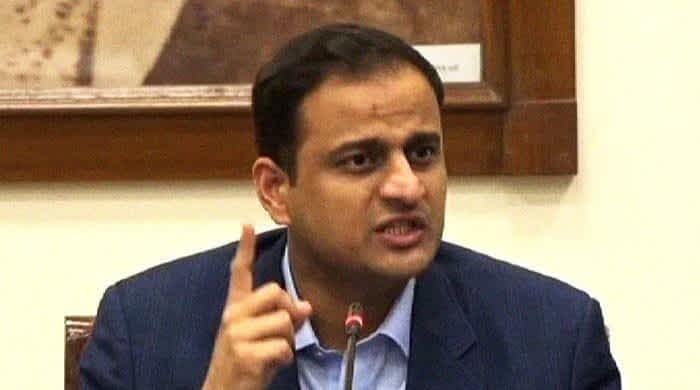 The recently launched web portal for the payment of municipal taxes by Karachi’s District Central has already collected Rs5.1 million in a few weeks, and this revenue used to go to someone as extortion, said Sindh government spokesman Barrister Murtaza Wahab on Wednesday.

Wahab, who is also the chief minister’s adviser on law and environment, was addressing a ceremony that was organised to inaugurate a gymkhana in the North Nazimabad neighbourhood of the city.

He said that the taxes being collected by the Central District Municipal Corporation (DMC) were not in hundreds of thousands of rupees but Rs500 to Rs1,000 — the difference being that in the past these taxes had gone to someone as extortion.

He explained that there existed a mafia who used to pocket these taxes, otherwise they used to be pilfered, which was why the tax collection system for the district had been digitised. This pilferage will not take place after the introduction of the e-system, he asserted.

“Earlier, Rs10.8 million was collected from this district in an entire year, but the tax collection has reached Rs5.1 million in just a few weeks through this new system.” Wahab said that all of this had happened because of the new administration running the affairs of the Central DMC, clarifying that no new tax had been levied.

He said that the business owners operating in the district had started registering themselves with the e-system, pointing out that the more the DMC earned the more it would be in a position to spend the revenue on public welfare.

Regarding the gymkhana, the government spokesman said that the Central district could have three gymkhanas at different locations but the DMC needed resources for doing such kind of work.

He also said that municipal waste was now being lifted from the district for disposal, pointing out that the DMC was doing this work with the same resources it had in the past, with the only difference being the resolve to do work.

The adviser said that 1,800 to 1,900 tonnes of municipal waste was being collected from the district on a daily basis. “There used to be only garbage at KDA Chowrangi, but now it’s being cleared. To give relief to the district we have appointed a genie-like person who only works.”

He said that the fuel resources earlier available with the DMC had been wasted, but now the same resources were being spent to provide essential municipal services to the people. He pointed out that the employees of the DMC now also got their salaries on time.

“Whatever promises Prime Minister Imran Khan had made to the people of the Central district are now being fulfilled by the new administration of the DMC.” Wahab said that they needed to engage the people to resolve their issues together. “We don’t want any differences any more. We should rather get together to develop our city, province and country.”

He said that it was everyone’s common responsibility to beautify Karachi. He pointed out that people would not be able to realise the achievements of the municipal institutions until they themselves started understanding the progress made by them.

He also said he was attached to District Central because of his memories of the time spent there. “Even my parents are buried here. I spent a very pleasant time in the district. My parents used to live in North Nazimabad. It hurts me to see the district’s situation today.”

The spokesman said that his primary complaint against the federal government was that it did not deliver on its commitments. “Politics apart, the PM had announced Rs162 billion for Karachi, so this money should be spent on the city. If Rs162 billion is not possible, at least Rs1.62 billion should be spent here.”