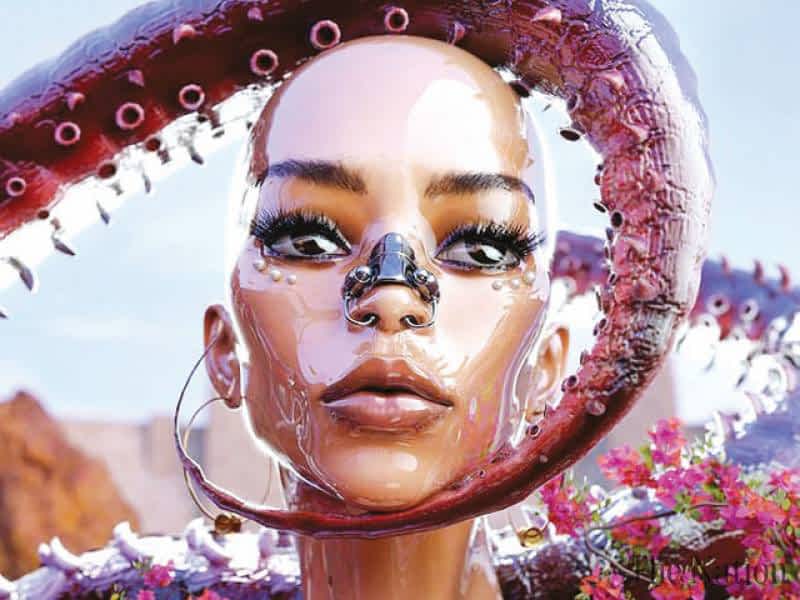 ISLAMABAD – Doja Cat is ramping up for the release of her third studio album titled — Planet Her — which is due this summer. As part of the ensuing promo parade, the Say So singer and rapper transforms into a futuristic digital nymph, or mythical goddess.

, for an out-of-this-world cover and photo spread for V Magazine. In the cover story, she dishes about the forthcoming album’s multiple genres and song collaborations with SZA, who’s among the artists lending their talents on vocals. Doja (born Amala Ratna Zandile Dlamini) describes the album’s title of Planet Her as ‘giving divine feminine.’ And from the looks of the photo spread, she has taken that ‘divine feminine’ mantra to the stratosphere with a digitally rendered version of herself, compliments of 3-D artist Jason Ebeyer and photographer Steven Klein. Known for his glossy blend of fashion and technology with hyper surreal alien-like plastic models, Ebeyer turned Doja’s already striking features into another of his unique creations. He put an emphasis on her eyes, legs and midriff by baring her assets with the stylized glossy look decked out in space age ensembles that included a silver crop top jacket and black g-string.

Anti-coronavirus vaccination of persons above 60 to start from Wednesday: Asad