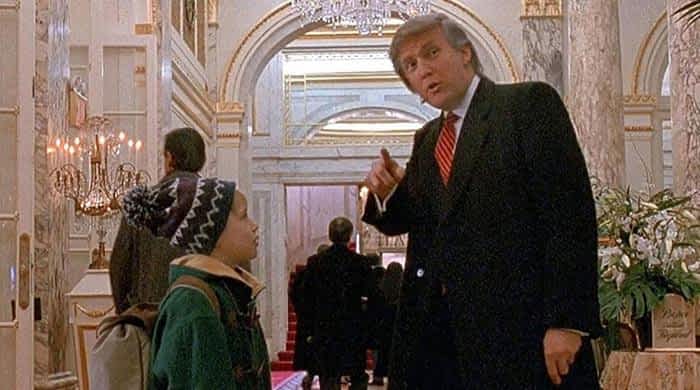 Film director Chris Columbus has said that Donald Trump’s cameo in Home Alone 2: Lost in New York was never part of the original script and said that the US president had “bullied” his way into the film.

Speaking about the sequel of the hit Christmas move Home Alone, the director said that a particular scene was supposed to be shot in the lobby on The Plaza Hotel, which at the time was owned by Trump.

However, in order to do so Trump said the “only way” to gain access to the lavish hotel was if he made an appearance in the film, despite paying the charges.

“We paid the fee, but he also said, ‘The only way you can use the Plaza is if I’m in the movie.’,” Columbus told Insider.

According to the director, Trump’s cameo was well-received and so the part ended up in the final cut.

“So we agreed to put him in the movie, and when we screened it for the first time the oddest thing happened: People cheered when Trump showed up on screen. So I said to my editor, ‘Leave him in the movie. It’s a moment for the audience.’ “

However, Columbus did not deny the fact that the president essentially “bullied” his way in.

“But he did bully his way into the movie,” the director added.