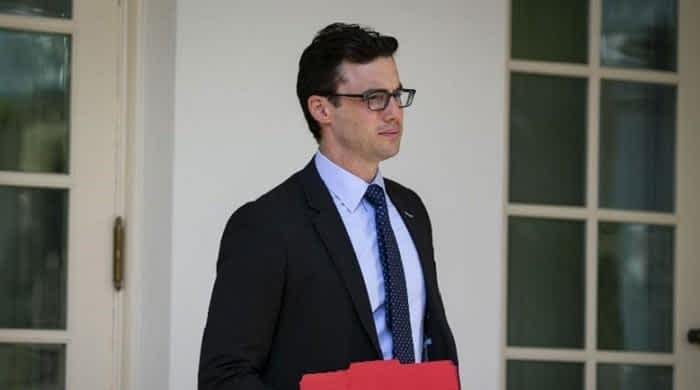 One of the US President Donald Trump’s closes aides,  Nick Luna, contracted the coronavirus on Sunday, becoming the latest in The White House to test positive for the  disease.

The news comes a little over 24 hours after the American president checked into the Walter Reed National Military Medical Center for COVID-19 treatment.

Luna serves as a personal attendant to President Donald Trump and is known as one of Trump’s so-called body men. He fell ill a few days after another close Trump White House staffer, Hope Hicks, tested positive for the infection as well.

He had accompanied Trump when the American president flew to Cleveland for his presidential debate with Joe Biden and was also on the Air Force One on the Minnesota trip when Hicks first felt symptoms of the virus.

The White House press office had no immediate comment.

Luna travels with the president, holds his paper and is responsible for maintaining his schedule. A number of prominent Republican lawmakers and officials heave tested positive for COVID-19.