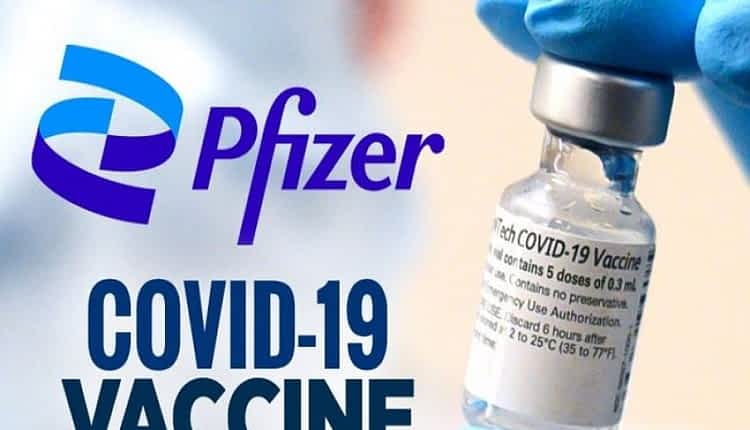 The Drug Regulatory Authority of Pakistan on Monday gave emergency approval for Pfizer’s coronavirus vaccine — and now the local population can be inoculated with it.

The DRAP Registration Board approved the vaccine’s use for children above 12 years of age, thus becoming the first vaccine that can be administered to children in Pakistan.

“This vaccine will be administered to people with low immunity, including, pregnant women and aspiring pilgrims (hajjis) who are above 40,”.

More than 100,000 doses of the Pfizer coronavirus vaccine had arrived in Pakistan through the COVAX facility, United Nations Children’s Emergency Fund (UNICEF) Pakistan had said on Friday.

The doses had reached Islamabad Friday morning with the help of UNICEF, it said in a statement on Facebook.

UNICEF had said that a consignment containing diluents as well as syringes is expected in the next two days.

DRAP officials said influential people have started seeking inoculations for Pfizer’s vaccine, adding the administration of the vaccine would now be closely monitored.

The officials said steps were being taken to avoid a situation where undeserving people could get the jab.

It is pertinent to mention here that so far, DRAP has approved emergency use of three Chinese, one British, and one Russian vaccine.

Meanwhile, the federal government has decided to buy one million doses of Pfizer-BioNTech’s coronavirus mRNA vaccine.

A bilateral agreement has been made between Pfizer and the National Disaster Management Authority to procure the vaccines, an official of the National Health Services, Regulations and Coordination confirmed.

Officials said Pakistan would receive 1 million doses of the Pfizer vaccine in July or August, while 23 ultra-cold chain freezers have been purchased to store the vaccine.

Special Assistant to the Prime Minister (SAPM) on Health Dr Faisal Sultan also confirmed that they were in talks with Pfizer to procure the vaccine through a bilateral agreement but added that the deal was not final yet.

The Pfizer vaccine will be given to immunocompromised people and those travelling abroad under the age of 40.

Pakistan received the first shipment comprising 106,000 doses of Pfizer’s mRNA vaccine through COVAX on Friday, officials at the Expanded Programme on Immunization (EPI) in Islamabad confirmed and said shipments of diluents and syringes also reached Islamabad.

On the other hand, Pfizer officials also confirmed that they were in negotiations with Pakistan for the provision of mRNA vaccine through a bilateral agreement, adding Pakistan initially wants one million doses of the vaccine, which can be delivered to Islamabad in June or July 2021.