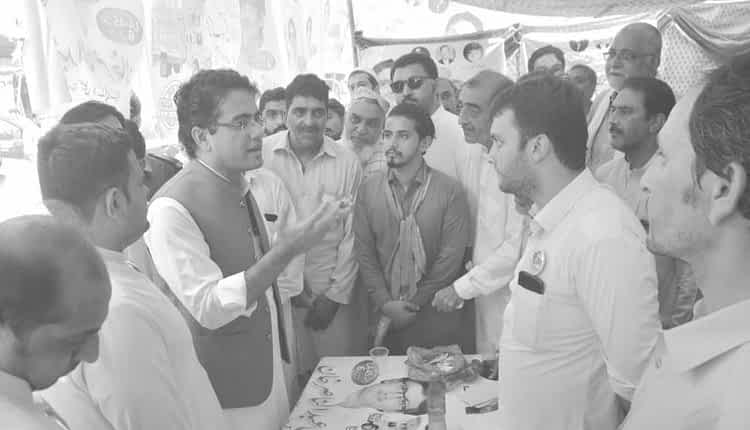 He expressed these views while talking to journalists during his visit to the Polling Camp soon after reports of stopping the polls at Polling Station School No. 2 Peshawar. He said polling resumed at Constituency LA-45 Polling Station School No. 2 after suspending due to commotion but the staff of the Election Commission and police immediately settled matters, and the polling process resumed.

Kamran Bangash said that timely resolution of the issue saved a major tragedy. He said that some elements wanted to sabotage the polling process.

Karam Bangash said, “We are all one community in Peshawar and we have to care after all others for the large interest of the country.”

He said that some complaints were received that Kashmiri voters were not registered to vote in Peshawar and most of them were PTI voters.

He said police have arrested six persons who halted the election process by not allowing voters to cast their votes.

Capital City Police Peshawar made deployment of around 200 policemen for ensuring smooth polling at two reserved seats of AJK Legislative Assembly in the provincial metropolis on Sunday.

Polling on both the polling stations started at 8:00am and continued till 5:00pm.

On the ladies polling stations, lady police was deputed for checking of female voters arriving for costing votes.

Similarly, Traffic police was also deployed for ensuring smooth flow of traffic and to avoid any inconvenience to the voters.