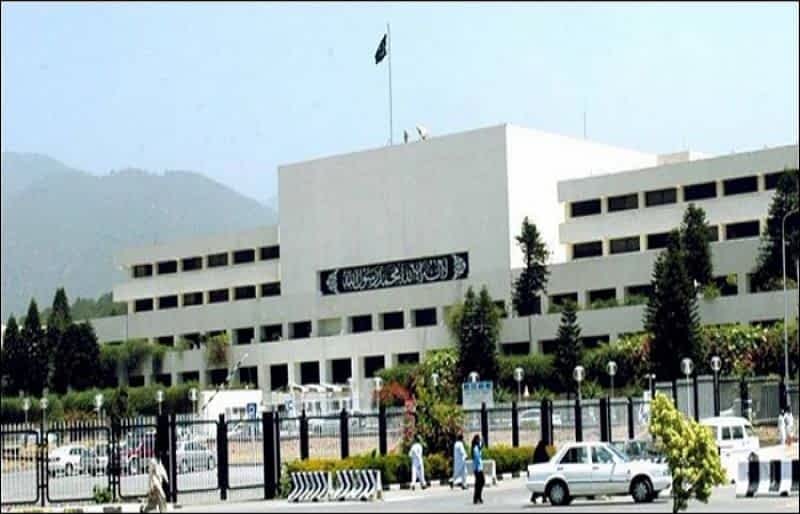 The officials of the election commission (ECP) on Tuesday reached the Parliament House and assumed the charge of the National Assembly Hall.

The election officials reached the Parliament along with polling booths and the electoral material to make the National Assembly hall a polling station for the Senate election scheduled to be held tomorrow.

The National Assembly will elect two senators on General and Women categories for Islamabad. The polling in the assembly will begin at 9:00 AM and continue till 5:00 PM.

The election staff has started preparations for the polling tomorrow (Wednesday).

It is pertinent to mention here that 341 lawmakers of the National Assembly (NA) will participate in voting for Senate elections.

An interesting contest in the Senate poll being held between Abdul Hafeez Shaikh, the candidate of the ruling PTI and its coalition partners, and Pakistan People’s Party’s candidate Yousaf Raza Gillani, who is also being supported by the PML-N and other PDM component parties.

Sindh Assembly has been declared polling station for the Senate polls.

It is to be mentioned here that total 37 senators will be elected in the Senate election tomorrow after all 11 senators in Punjab elected unopposed with five seats each to the PTI and PML-N and one seat to the PML-Q.

The elections will be held for 11 seats in Sindh, 12 seats each in Khyber Pakhtunkhwa and Balochistan and two senate seats in Islamabad.