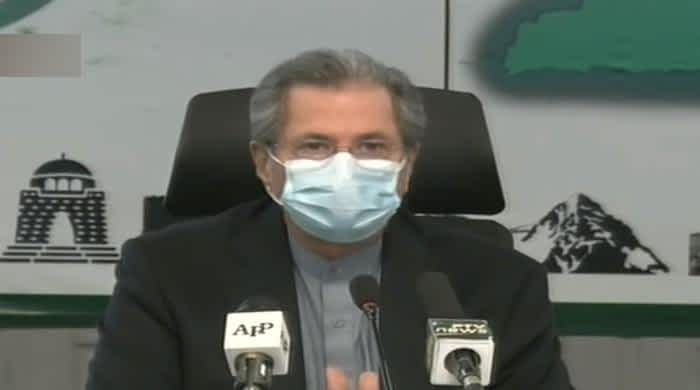 ISLAMABAD: All educational institutes will remain closed in Pakistan from November 26 till January 10 due to the rising number of coronavirus cases, Federal Education Minister Shafqat Mahmood said on Monday.

“We analysed the coronavirus situation in all provinces and concluded that keeping stern action has to be taken to stem the spread of the virus,” Dr Sultan said.

The SAPM added that the situation is deteriorating in the country day-by-day and the positivity ratio has reached 7.4%.

What are the decisions?

Nov 26 — All students to start studying from home

Professional exams including MDCAT 2020 to be held as per schedule

Board exams to be pushed to June

“All ministers have mutually decided to keep all educational institutions, including schools, colleges, universities, and tuition centres closed. However, online classes will continue from November 26 to December 24 after which winter break will start. Schools will reopen on January 11, 2021,” Mahmood said.

The minister said that a review session in the first week of January would be held before reopening of schools.

All the examinations scheduled during the period have also been postponed which will commence from January 15, Mahmood added.

Dr Sultan said that professional exams including MDCAT 2020 will be held as per schedule but with strict adherence to COVID-19 SOPs.

“If there are any other exams scheduled for recruitment they will continue as per schedule,” he added.

“In hostels, only one-third of students would be allowed and other training and courses, which are not in a classroom setting, will continue as is.”

Mahmood said that they are also requesting that the board exams which are scheduled in March and April should be pushed to June and May so that students can cover their syllabus.

They are also considering starting the academic year from August instead of April.

Punjab board exams to be held in May

Meanwhile, Punjab Education Minister Murad Raas said that schoolchildren in Punjab will be promoted to the next classes based on their homework.

He also added that Punjab Board exams, which are held in March, will now be conducted in May and June 2021.

The minister also said that while schools will remain closed, teachers will have to go to schools twice a week, i.e. on Mondays and Thursdays to ensure that the quality of homework is up to the mark.

Regarding the closure of schools, Murad Raas said that he is not in favour of closing schools, but the decision has been taken unanimously by all the provincial education ministers.

“If schools are being closed to protect children, then parks, shopping malls, and other recreational places should also be closed as well,” he said.

No promotion without exams in Sindh

However, Sindh Education Minister Saeed Ghani said that no student will be promoted to the next class without examinations this year, adding that a decision regarding the dates of class 9th, matric, and intermediate exams is yet to be taken.

During the meeting, the minister had suggested that instead of closing all schools in the province, only primary schools — which have 75% enrolment — should be closed, while children from class 6th and above should continue to go to school.

However, Federal Education Minister said that schools across the country should remain closed for the specified duration without exception.

Earlier, an important meeting was held at the National Command and Operations Centre (NCOC) to review the latest COVID-19 situation and decide about the closure of schools and early winter vacations in light of the rising infections among students and teachers.

Federal Planning Minister Asad Umar chaired the session at the NCOC. It was attended by  Dr Sultan and Mahmood.

The participants were briefed by the national health services ministry and NCOC about the pandemic-related situation in the country.

The NCOC was apprised that the positivity ratio in educational institutions has increased from 1.8% to 3.3% during the last one week which is actually an 82% increase.

The forum deliberated in length over decisions about educational institutions.

After the NCOC meeting, the education ministers met and discussed the recommendations.