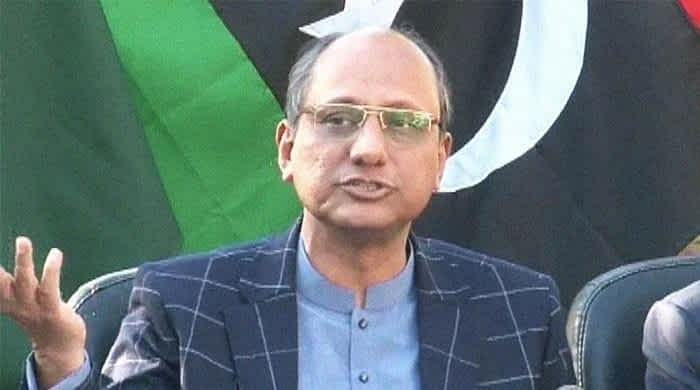 Sindh Education and Labour Minister Saeed Ghani has said positive coronavirus cases in educational institutions of the province stand at 2.7 per cent, and the government could not have waited till this percentage exceeded 10 per cent before suspending classroom teaching in schools and colleges.

Speaking at a press conference in Karachi on Monday, he said the suspension of in-person classroom teaching of students of up to Class 8 would damage the cause of education, but in no way could the government do any compromise on the health of the children.

He said all such extraordinary steps of the Sindh government related to the education sector had been purely taken out of compulsion. Ghani warned that the education sector would be completely ruined if the students were declared to have passed the educational boards’ annual examinations for the second consecutive year without appearing in the exams.

He reiterated his announcement that unlike last year, this year the students would not be promoted to the next grade without sitting the annual exams. He said the examinations would be conducted this year at all the levels of schools and colleges.

The minister, however, hinted at the possibility of revising the schedule for the exams this year in case the coronavirus situation worsened. This was also one of the reasons why the provincial government had not suspended classroom teaching for students of 9th class to 12th class, he said, adding that the objective was to provide them with the opportunity of timely completion of their studies for the conduct of the board’s exams.

Ghani conceded that the Steering Committee of the Sindh Education Department with the majority opinion of its members had decided to suspend the classroom teaching for students of up to Class 8, and the decision to this effect had been taken after taking into consideration suggestions from health experts, who were part of the provincial task force on coronavirus.

He stressed that all stakeholders were required to follow the latest decision of the steering committee in this regard. He said a mechanism like the Sindh Education Department’s steering committee was missing in the case of other provinces.

The minister dismissed reports that the majority of the members of the steering committee had made the decision to suspend classroom teaching conditional on an announcement of lockdown restrictions for other sectors of the economy. He also denied media reports that the latest decision of the education department had negated the majority opinion of the steering committee’s members.

Ghani said they fully realised the hardships to be faced by the owners of private schools whenever education activity was suspended.

He admitted that the situation of the coronavirus spread was under control in Sindh as compared to the Covid-19 cases being reported in Punjab and Khyber Pakhtunkwa, but the number of patients had been constantly on the rise in Karachi and Hyderabad.