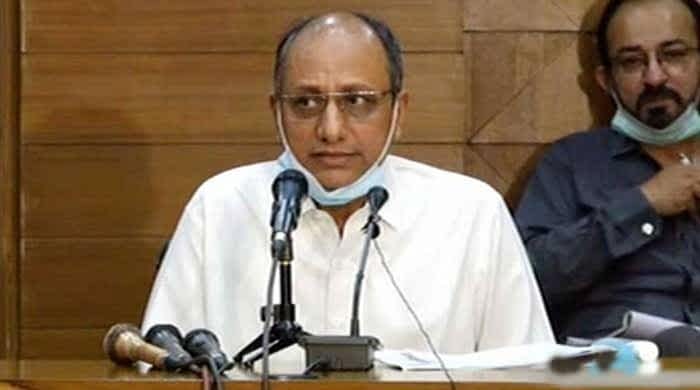 Sindh Education and Labour Minister Saeed Ghani has said that after evaluating the coronavirus situation, it did not seem possible that the educational institutions would reopen in January 2021.

The minister stated this on Wednesday while responding to a question during a press conference that was otherwise related to his labour ministry. The presser was held at the Sindh Assembly’s building.

Ghani reiterated his stance that unlike the last academic year, no student would be promoted to the next year without sitting the examination this year. It is worth mentioning here that the educational institutions in the country were closed by the government for the second time on November 26 due to the coronavirus emergency. They are supposed to reopen from January 11 as per the government’s last announcement.

Ghani said the Council of Common Interests (CCI) doesn’t possess the power to undo any provincial law. He said that no doubt CCI was a constitutional forum, but the constitution provided a clear procedure for its working.

Similarly, he added, the CCI didn’t have the power to go against any direction from the court. The labour minister stated it had been a longstanding demand of the Sindh government that resources and assets related to labour-related organisations of the Employees Old-Age Benefit Institution (EOB) and the Workers Welfare Fund (WWF) should be devolved to the province following the passage of the 18th Constitutional Amendment.

He said that the in their view the recent letter of the Federal Board of Revenue (FBR) in this regard had been written in violation of the constitution. Ghani said the special assistant to prime minister on overseas Pakistanis and human resource had made a false statement that the Sindh chief minister in a meeting of the CCI had given consent that the Centre could retain the assets of the two institutions. Instead, he asserted, the CM had held the viewpoint that the province had done legislation related to the EOBI and the WWF, and that both the institutions should be devolved to the province.

He said the provincial government had been persisting with its stand that assets related to these institutions should be divided among the provinces.

He cited a letter written by former Sindh CM Qaim Ali Shah to then PM Yousuf Raza Gilani with the request to divide the assets of the labour-related institutions among the provinces following the devolution of the subject of labour in accordance with the 18th Constitutional Amendment.

Ghani said the federal government had been withholding Rs172 billion of the WWF, demanding that the money should be divided among the provinces.

He said that it would be like a historic injustice if the prime minister’s special assistant started teaching him about the rights of labourers. He said it seemed that federal ministers belonging to the PTI’s federal government had no understanding of the constitution.

The labour minister said the representatives of the workers and employers in the province were also against the retaining of the assets of the WWF and the EOBI by the Centre. He said any violation of the constitution could not take place even if the federal authorities desired so.

He said the provinces ought to the get the rights as enshrined in the constitution as the Centre only had to distribute the assets for the purpose.

He said the federal government had authorised the FBR to do collections in this regard to act against the desired division of assets. He said that if the CCI could not resolve any contentious issue between the Centre and the province, then the matter could be taken to the joint sitting of parliament or to the court for resolution.

Ghani said Sindh and Punjab had a consensus point of view on this issue. He added that the Sindh government was going to register over 600,000 labourers in the province, including those who were self-employed or associated with the informal sector.

12-year-old girl  dies after girder  falls over her