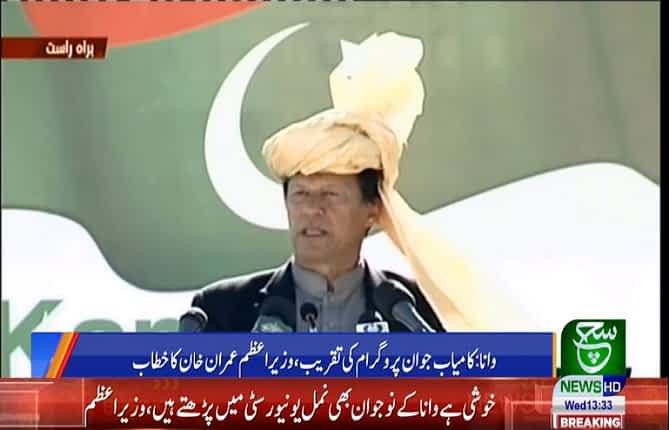 PM Imran Khan made the announcement in a ceremony held in Wana during his visit to the South Waziristan today for inaugurating different uplift projects for the tribal people.

While addressing a ceremony of Kamyab Jawan Program, the premier said that Pakistan Tehreek-e-Insaf (PTI) government has prioritised to develop tribal areas and Balochistan. He vowed that maximum efforts will be made for tribesmen by providing all education facilities including colleges, schools, universities and scholarships. He announced to establish a technical college in tribal areas in order to groom technical skills of youth.

The premier said that employment is the biggest challenge after education. During the last 15 years, Wana witnessed destruction on large scale due to terrorism. He said Kamyab Jawan Program is just a beginning as the government will continue its efforts to develop all tribal areas and Balochistan.

He said that the people of Waziristan rendered most sacrifices in the liberation war against the British Empire and many of the tribesmen belong to Waziristan went to fight freedom war alongside Kashmiris. PM Khan said that he is fully aware of the spirit of Waziristan people.

He said that it was a difficult task to merge the tribal areas with the Khyber Pakhtunkhwa (KP) province and some elements tried to create anarchy over the move. He paid tribute to the tribesmen for playing their role during the merger of tribal districts with KP province.