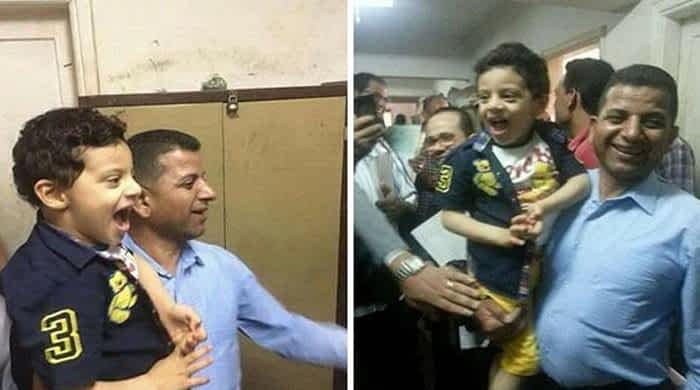 A combo picture of  the boy accused of harassing his classmate. Photo/Egypt Independent

According to reports, the children are students at a kindergarten in Beheira governorate.

The police forwarded the complaint to Beheira Security Director Alaa Eddin Abdel Fattah after which prosecution sent it to the Misdemeanor Court.

A lawyer representing the accused said the the Misdemeanor Court referred the application to the juvenile court that acquitted the child declaring the charge as unreasonable.

According to Egyptindependent news website, father of the female child had accused the boy of kissing her daughter inside the kindergarten

Meghan Markle's ex-pal Jessica Mulroney shares a stunning video: 'This made me smile'

PPP stands with Fazlur Rehman on everything except a sit-in: Bilawal Bhutto