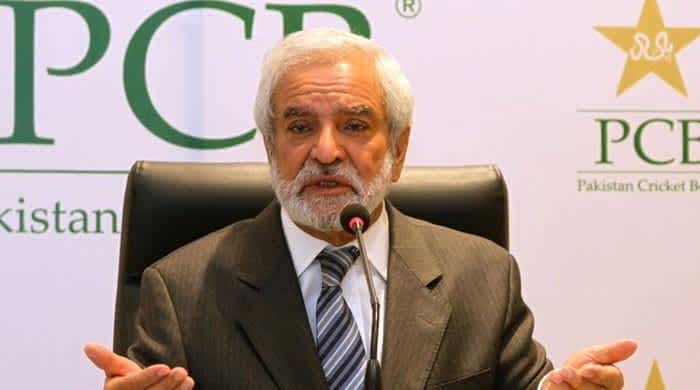 Chairman Pakistan Cricket Board Ehsan Mani said that it would be “healthier” to have someone appointed as the International Cricket Council chairman beyond the “big three”.

In an interview with Forbes, the PCB boss said that support had deepened for “progressive reform to address financial inequity among nations”.

India’s Shashank Manohar stepped down as chairman of the International Cricket Council in July after four years in office.

The 62-year-old successfully spearheaded efforts to restructure the ICC while in office, curbing the dominance of Australia, India, and England — cricket’s three wealthiest nations.

Deputy chairman Imran Khwaja has taken over until a successor is elected.

“It’s unfortunate it has taken so long,” Mani said, according to the publication, adding: “The politics introduced by Australia, England and India in 2014 to protect their positions — now they are struggling to unwind it because it doesn’t suit them anymore”.

Talking about hosting the major ICC men’s tournaments — that have revolved among “big three” from 2015-23 — he said: “It’s not only the funding model that is wrong and skewered to India and also to some degree England.”

The PCB boss said that the major countries hosted ICC events to themselves and in return got “generous hosting fees and the benefits from gate money and hospitality”.

“We survived without playing India (who refuse to play bilateral series against their arch-nemesis). Can you imagine if that happened to Cricket Australia if India didn’t come?” Mani questioned.