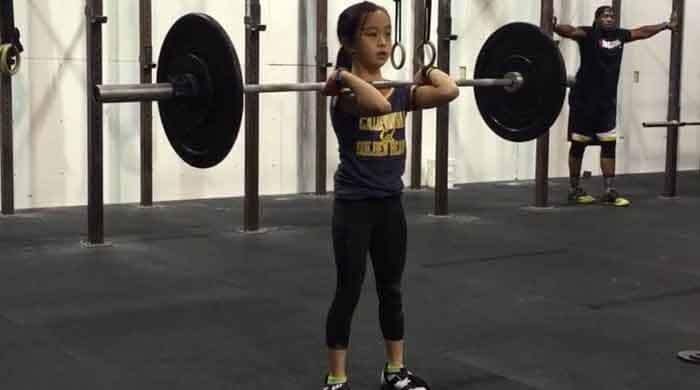 Elle Hatamiyah from California, USA is the youngest person at the age of 11 to train in Olympic weightlifting, gymnastics and martial arts.

Not just training, Elle has even won several accolades for her passion. She has been building strength since the age of seven and spends 23 hours a week at practices.

Having won several championships in weightlifting and gymnastics, it’s a mere child’s play for Elle Hatamiya to lift heavy weights effortlessly. At this young age, Elle is a USAW National Champion. She also happens to be a level-5 gymnast and the Bean and Floor State Champion.