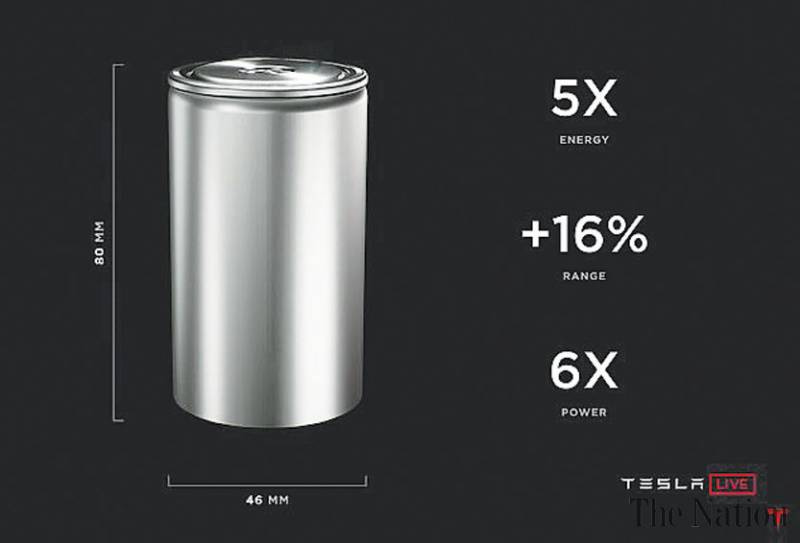 ISLAMABAD   –   Months after failing to produce a million mile battery, Elon Musk is now making claims that Tesla is developing a cell with a range of 621 miles. Musk made the announcement during a European Battery Conference saying Tesla’s ‘longest-range vehicles have over 327 miles of range and there’s more we could actually do.’

‘We even have some under development long term that could do 600 miles.’ Other than news about a more powerful cell, the billionaire also hinted at a smaller Tesla hatchback specifically for the European market. ‘In the US the cars tend to be bigger… I was driving a Model X around Berlin and we had quite a lot of trouble finding a parking space that could fit it,’ he said during the interview. On September 22, Musk took the stage for Tesla’s live-streamed Battery Day to reveal the firm is producing a cell, dubbed 4680, at its pilot Fremont giga factory that will reduce cost and lower the sales price of its electric vehicles closer to gasoline-powered cars. However, on looking investors expected not only to see a working battery, but to also hear news that it provides drivers with one million mile range. After the event, the furious investors slashed $50 billion from Tesla’s market value.