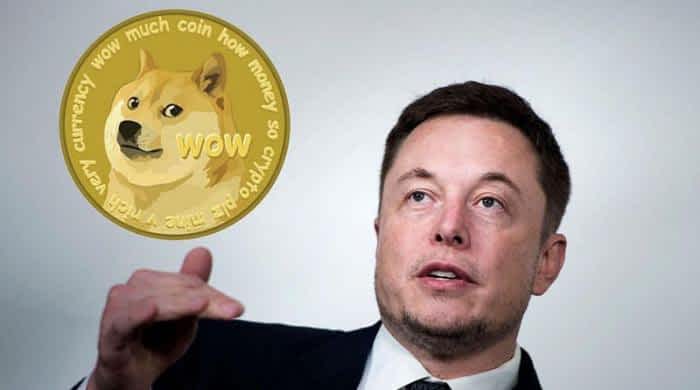 Elon Musk marked his Saturday Night Live  hosting gig with a party that featured a crypto and techno theme.

The business magnate was seen partying in a hotel called Public, which opened for him exclusively for the first time in 14 months.

Some of his guests included his girlfriend Grimes and SNL co-host Miley Cyrus.

“It was a cryptocurrency-themed bash for Elon,” a spy told Page Six.

“It opened just for Elon and his guests. Girls were dressed as aliens, walking around with trays of Dogecoin cookies and cupcakes, and there were Dogecoin ice sculptures.”

The party theme comes after cryptocurrency jokes popped up throughout the show.

In one sketch, Musk was cast as a bow-tie wearing cryptocurrency expert on the show’s Weekend Update segment. Dogecoin and other digital currencies had surged in price ahead of Musk’s SNL appearance.

He also dropped a surprise early as he revealed in his monologue that he “is the first person with Asperger’s” to host the show.