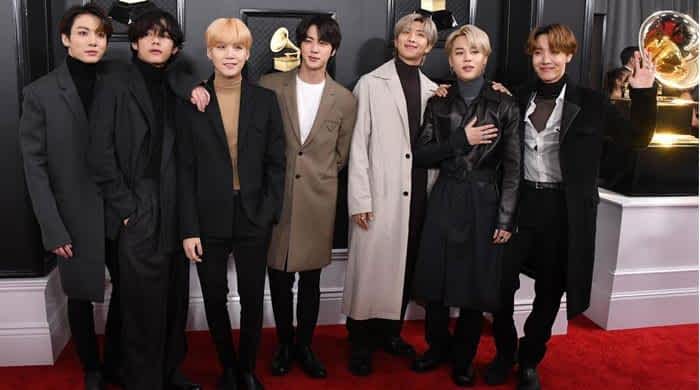 Legendary English singer and songwriter Sir Elton John has proved that he is one of the fans of Korea’s boy band BTS as recently the multiple Grammy award-winning singer responded to the shoutout by RM, the leader of the k-pop band.

The BTS band is on the rising curve of popularity as their English-language track Butter has made them hit a great record in music history as the track spent nine weeks on the Billboard singles chart – the HOT 100.

Music band leader RM, taking to the official Twitter handle, gave a shoutout to the 74-year-old legendary singer to accept the challenge of their latest track Permission to Dance.

The BTS number Permission to Dance is a kind of tribute to Elton John as the song has the line: “When it all seems like it’s wrong/Just sing along to Elton John.”

RM dropped the video of mere seconds length of himself on the official BTS Twitter handle. He captioned it, “When it all seems like it’s wrong Just sing along to @eltonofficial #PermissionToDance .”

The track has unleashed a series of dance challenges that went viral across social media platforms as everyone seems to be dancing along with the viral trend.

Responding to the shoutout from RM, Elton John also dropped a video grooving to BTS’ hit song. He posted the video on his official YouTube channel. He captioned it, “When it all seems like it’s right, I sing along to @bangtantv #permissiontodance .”

Besides, the singer shared a video to his official Twitter handle. He is seen singing the Korean music band’s Permission to Dance song.

He captioned the post, “When the nights get colder, And the rhythms got you falling behind @BTS_twt #permissiontodance ,” while saying in the video, “Thanks BTS. Love to the ARMY.”