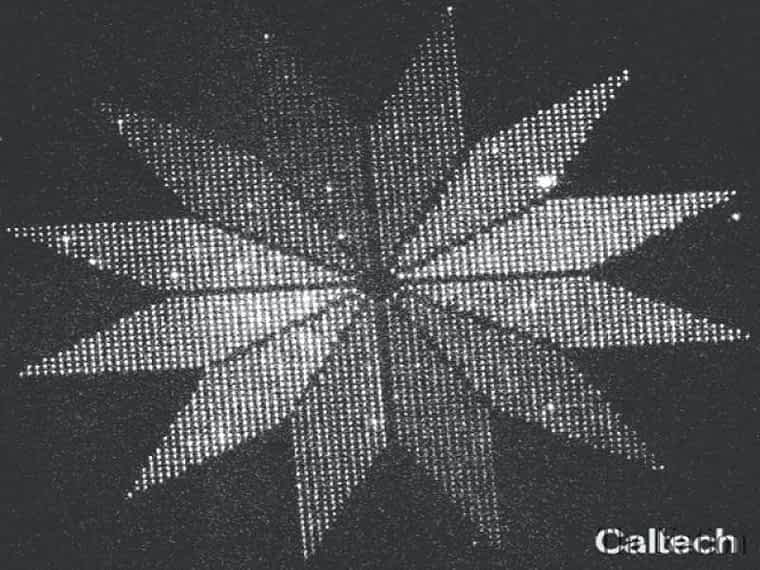 ISLAMABAD-Proof-of-concept project paves the way for the integration of molecules with computer chips.Engineers have developed a technique that allows them to precisely place microscopic devices formed from folded DNA molecules in not only a specific location but also in a specific orientation.As a proof-of-concept, they arranged more than 3,000 glowing moon-shaped nanoscale molecular devices into a flower-shaped instrument for indicating the polarization of light. Each of 12 petals pointed in a different direction around the center of the flower, and within in each petal about 250 moons were aligned to the direction of the petal. Because each moon only glows when struck by polarized light matching its orientation, the end result is a flower whose petals light up in sequence as the polarization of light shined upon it is rotated.

The flower, which spans a distance smaller than the width of a human hair, demonstrates that thousands of molecules can be reliably oriented on the surface of a chip.This method for precisely placing and orienting DNA-based molecular devices may make it possible to use these molecular devices to power new kinds of chips that integrate molecular biosensors with optics and electronics for applications such as DNA sequencing or measuring the concentrations of thousands of proteins at once.