England to enter 2nd stage of lockdown easing next week 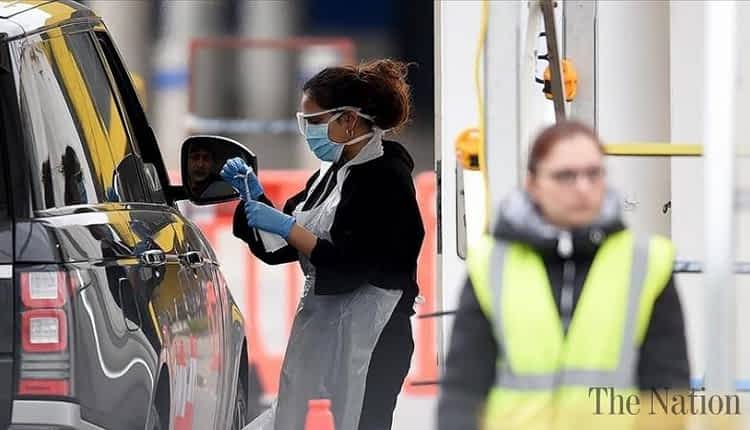 UK Prime Minister Boris Johnson on Monday announced that England will move to the second stage of easing lockdown measures next week.

In a news conference, he gave a green light to shops, restaurants, pubs and hairdressers as well as gyms and other non-essential services to reopen their doors to the public on April 12.

“I can today confirm that from Monday 12th April, we will move to Step Two of our roadmap,” he said. “We think that these changes are fully justified by the data which show we are meeting our four tests for easing the lockdown.”

Despite his optimism for the future, Johnson struck a cautious tone. “We can’t be complacent. We can see the waves of sickness afflicting other countries and we’ve seen how this story goes.

“We still don’t know how strong the vaccine shield will be when cases begin to rise, as I’m afraid that they will – and that’s why we’re saying: Please get your vaccine or your second dose when your turn comes.”

Johnson was joined by Chris Whitty, the UK’s chief medical officer, who demonstrated how the number of hospitalizations caused by COVID-19 are falling and “alongside this, the number of people who are dying is decreasing.”

He also focused on the four COVID-19 variants prevalent in the UK: Kent, South African, Brazilian and Bristolian mutations.

Whitty said that the Kent variant is the dominant strain in the UK with 173,043 cases.

“Variants will remain an issue, but there’s no reason to believe this changes our position. We always believed it would be a risk.” Whitty said.

Johnson also introduced plans for a so-called “traffic light system” that would classify countries into classes of red, amber or green to people looking to travel abroad.

The prospect of reopening international travel for UK citizens is still under doubt as the government has not yet named which countries belong where in the new system and foreign holidays remain banned until May 17.

The UK confirmed 2,762 new cases, taking this week’s total to 24,455. This represents a 33.5% decrease in comparison to the last seven days. The overall caseload has crossed 4.3 million, including 127,104 related deaths.

It has given out 31.5 million first vaccine doses and over five million second doses.

Ajay Devgn disliked Kajol after their first meeting: ‘I wasn’t keen to meet her again’