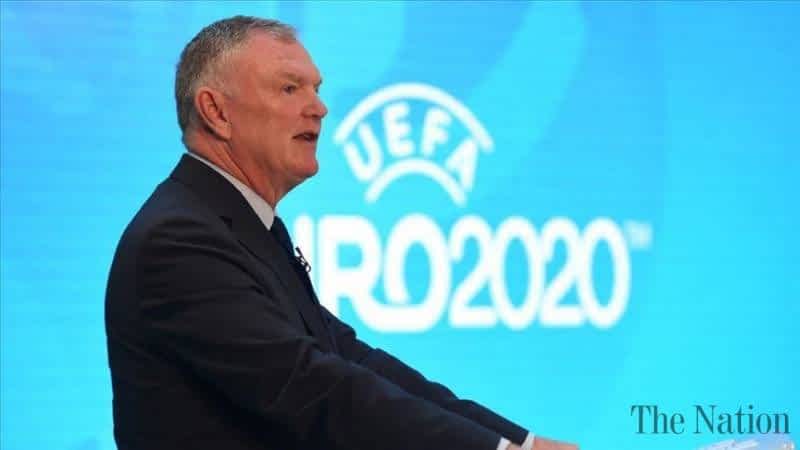 The English football body (FA) chairman Greg Clarke has resigned over his racist and offensive remark against Black players on Tuesday.

The FA confirmed Wednesday Clarke’s resignation as the 63-year-old referred Black players as “high-profile coloured footballers” in a meeting but then apologized for his words.

“Peter McCormick will step into the role as interim FA Chairman,” the English Football Association said in a statement, adding that it will appoint a new chair for the vacant position.

The English football body added that it promotes diversity and vows to tackle all types of discrimination and racism in the game.

Clarke met Department for Digital, Culture, Media, and Sport (DCMS) select committee by a video link on Tuesday where he uttered “coloured footballers”.

Then he was asked to withdraw this language, which harmed the diversity and equality in football.

“If I look at what happens to high-profile female footballers, high-profile coloured footballers and the abuse they take on social media … they take absolutely terrible abuse,” Clarke said and then he apologized.

“If I said it I deeply apologize for it,” Clarke remarked.

Clarke also issued a statement to offer his apologies.

“My unacceptable words in front of Parliament were a disservice to our game and to those who watch, play, referee, and administer it. This has crystallised my resolve to move on.

“I am deeply saddened that I have offended those diverse communities in football that I and others worked so hard to include,” Clarke said.

Racism is still one of the major global problems in sports as FIFA and European football governing body UEFA have been fighting against it.

In recent years, UEFA released a video to raise awareness about racism, with many football stars such as Cristiano Ronaldo, Lionel Messi, and Zlatan Ibrahimovic joining the “No to Racism” campaign.

Pakistan can save $5b by scaling up renewable energy, suggests WB

Spain plans to extend Military Agreement with US