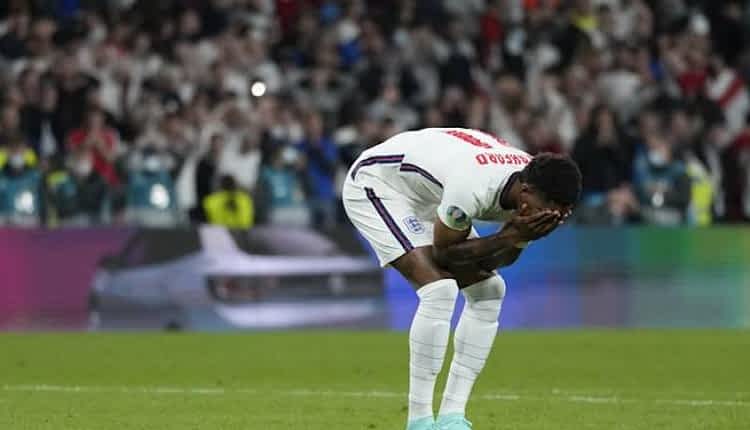 England forward Marcus Rashford said he is sorry for missing a penalty against Italy in the UEFA EURO 2020 final, but “will never apologize for who I am” after receiving racist abuse online.

Three Black players in the English national team – Rashford, Jadon Sancho, and Bukayo Saka – got social media abuse for missing their spot-kicks as Italy were crowned the European champions, beating England 3-2 on penalty shootouts at London’s Wembley Stadium on July 11.

“…[EURO 2020] Final. 55 years. 1 penalty. History. All I can say is sorry. I wish it had of gone differently,” Rashford said in a statement shared on social media.

“I can take critique of my performance all day long, my penalty was not good enough, it should have gone in but I will never apologize for who I am and where I came from,” the 23-year-old player said, adding that he is proud of wearing the England jersey.

“I’m Marcus Rashford, 23-year-old, black man from Withington and Wythenshawe, South Manchester. If I have nothing else I have that.”

While British police have launched an investigation, many have condemned the racist abuse.

English football manager Gareth Southgate said the online abuse is “unforgivable” and “not what we stand for.”

British Prime Minister Boris Johnson said the English team “deserve to be lauded as heroes, not racially abused on social media.” “Those responsible for this appalling abuse should be ashamed of themselves,” he said in a tweet.

The English Football Association said it is “appalled” by the racism, vowing to do “all we can” to support the players affected, urging the “toughest” punishments for anyone responsible.

Italy, the EURO 2000 and 2012 finalists, won the title, their first European Championship trophy since 1968.

Many die, 100 go missing as 12-storey building collapses in Florida