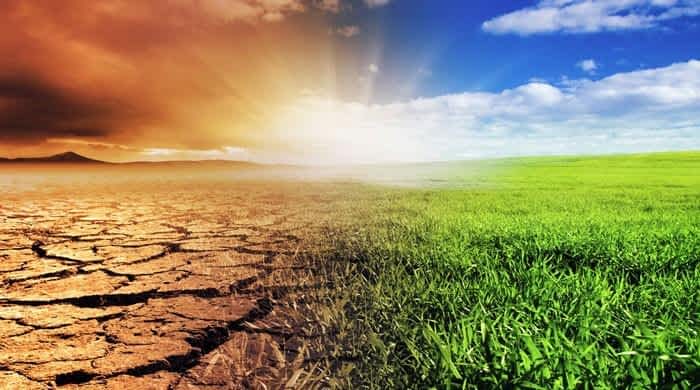 KP Minister for Environment and Forest Department, Syed Ishtiaq Urmar highly lauded the address of Prime Minister and his bold stance on Kashmir issue besides highlighting climate change, money laundering and Islamophobia issues at UNGA in an effective way.

Talking to APP, he said climate change has emerged as a serious threat especially to developing countries like Pakistan.

Due to global warming and climate change, Hamalya glaciers, which are major source of water, is melting with fast pace and if such a scenario continues, Pakistan will face an acute water shortage by 2030.

He said climate change was a global issue as it causes flooding due to fluctuation in rainfalls besides converting fertile land into deserts, soil erosions, land degradation and increasing temperature in global warming prone areas.

The Minister said global efforts from the platform of UNO as mentioned by PM Imran Khan was imperative to combat climate change in third world countries vital for food security and bolstering agricultural productivity besides strengthening of water, livestock and aquatic resources.

He said keeping in view of the BTAP success in KP, plant for Pakistan national afforestation campaign was launched in the country by the Prime Minister Imran Khan under which 10 billion saplings would be planted by 2024.

Prof Dr Muhammad Naeem of the Economics Department told APP that raising of climate change issue at the highest diplomatic forum by PM Imran Khan is a highly praiseworthy step as it has brought this neglected issue to the world spotlight.

“Climate change has posed serious threats to humans, economy, agriculture, wildlife, biodiversity, environmental and ecological health in developing countries like Pakistan and this challenge can be countered only through whopping plantations and adaptation of safe energy sources,” he maintained.

He said the first and second world wars had brought massive devastations to humans lives and feared that destructions of climate challenge would be much bigger than these wars in terms of people, livestock, infrastructure, agriculture, economy and environmental ecology if this issue was not taken seriously and addressed on a priority basis.

He said the major objective of the UN was not only to prevent wars but also eradication of hunger, poverty, diseases, tackling of environmental & climate change’s challenges.

Chief Conservator of Forest Department, Niaz Ali Khan said climate change has emerged as a big challenge in recent years for the developing countries including Pakistan and whopping plantations was an easiest way to counter it.

While highly praising the address of Prime Minister for extensively highlighting the climate change issue at the world highest diplomatic forum, the Chief Conservator said cooperation of international community with developing countries like Pakistan was vital for tackling challenges posed by climate change and global warming.

He said BTAP has been launched in Khyber Pakhtunkhwa under which additional one billion trees would be planted by 2024 to tackle climate change, global warming and desertification.

He said BTAP would help alleviate poverty and generate employment opportunities for people of erstwhile Fata besides improving their overall socioeconomic conditions.

Justin Bieber and Hailey celebrate their wedding anniversary in style