Expect no leniency from me on accountability principal: PM Khan 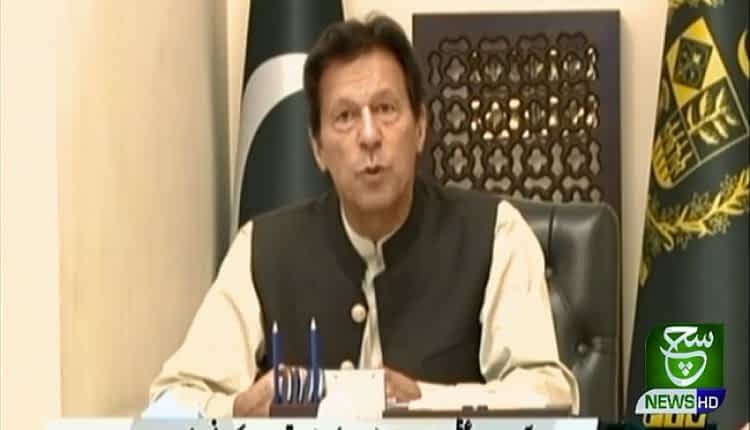 The Pakistan Tehreek e Insaf (PTI) core committee meeting Sunday chaired by Prime Minister Imran Khan has concluded with a note that there will be no compromise on the no-NRO policy.

My party is not for someone who thinks they will join it with a motorcycle in their possession but will rake up money for Land Cruisers, said the Prime Minister who also heads the ruling party.

Even if my government collapses, I will not compromise on accountability principal, the sources quoted PM as saying. “My government will not be blackmailed at the hands of some pressure groups.”

He said the accountability will continue indiscriminately and across the board.

Separately, the core committee meeting deliberated over local bodies elections in Khyber Pakhtunkhwa and Punjab, the two provinces where PTI has its rule.

The meeting also said there will be no vengeance policy by the government, neither on the opposition parties nor on allies who dissent from the policies.

PM Khan said he never directed anyone to open a case on someone or prosecute someone based on his personal bias or to exact revenge on them.

Nobody should expect any concession on me, however, the PM said, adding that the law will mark its own trajectory for my allies and enemies both.

More lives may be lost in future if railways’ upgradation is not carried out:…