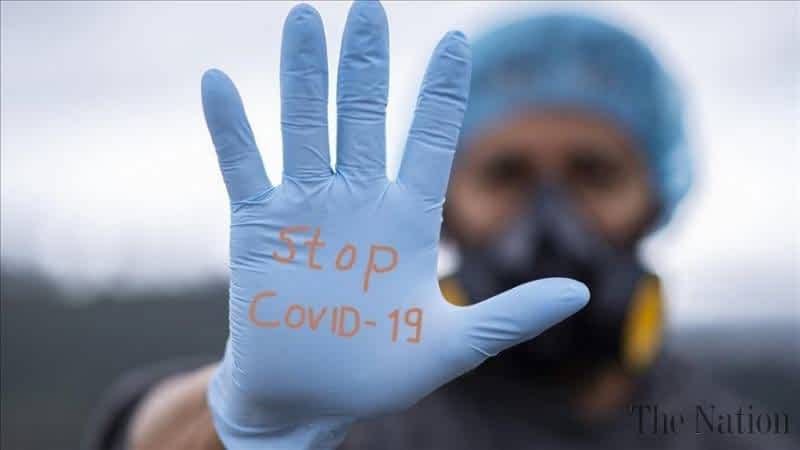 The spokesman for Turkey’s Presidency on Tuesday attended a session on global solidarity during the novel coronavirus pandemic at the TRT World Forum, which is being held virtually.

Speaking at the session, titled Multipolarity in the Age of Covid-19: The Future of Global Solidarity, Ibrahim Kalin said: “We are seeing a lot of changes in our perception of globalization and cooperation and other terms because we are living in a truly global moment for the first time in a long time.”

Underlining that the world would see a “major revision” of concepts about multiculturalism, multilateralism, solidarity and others, Kalin said: “I think the liberal world order has never really been liberal, global or even an order. I think we will see a major revision of these concepts as we move along.”

Kalin stressed that no one is safe until everyone is safe, adding that solidarity at times of pandemic meant going out and beyond your own national interests or personal self-interests.

“But, we know the reality is not like this. The current global order is run by the most powerful countries in the world that tend to be very greedy when it comes dealing with global crises,” he said.

“Multilateralism is defined in a very Eurocentric manner,” Kalin asserted, arguing: “If it does not involve a European country or the United States, it is not counted as multilateralism.”

He further criticized alleged eurocentrism in the world, suggesting that global chaos and injustice would only increase if the rich and powerful countries continued to be “greedy” in dealing with global matters.

“As [Turkish] President [Recep Tayyip] Erdogan emphasizes, the fact that ‘The World is Bigger than five’ reflects that there are problems across the world and the focus should go beyond the five superpowers,” explained Kalin.

To address multilateralism and other matters in the world in a “genuine manner,” Kalin suggested, one must consider discussing failure of the international system in Syria, Iraq, Yemen, Somalia and Palestine.

“The question remains: Is the world willing to resolve persistent issues with a multilateral approach?”

Kalin ended his remarks by further calling on everyone to be “vigilant against the vital signs of xenophobia, anti-semitism, Islamophobia and other types of racism and discrimination.”

Also speaking at the forum, Margaritis Schinas, Vice-president of European Commission, said a “renewed drive” towards multilateralism in the post-pandemic period would be “inevitable.”

“We [Europe] are probably the world’s epicenter of soft power and the political tools that it establishes can be useful for the world,” Schinas argued.

“However, the logical conclusion from these failures is not that it is Europe’s fault, but rather that it signals the need to move further towards multilateralism,” he said.

Naming a series of “mega-issues” that Europe must decide on, including the “future of platforms in Europe, the way we protect ourselves from state and non-state actors, the way information can be used to shape how our societies vote,” Schinas said these would need to be addressed before “moving forward.”

Also speaking at the event, Emeritus Professor Joseph Nye from Harvard University drew attention to “two types of power” as “power over others and power with others,” underlining that there would be “no hope of solving the problem without others’ help.”

“When you define your national interest in broader terms, you generate soft power […] The manner in which Trump interpreted the term ‘America First’ was too narrow,” Nye said.

Noting that there are different aspects of globalization, he said some of these were beneficial, while others were not.

“The pandemic has been an accelerant of people’s learning and attitudes. We can’t pretend that the world changed overnight,” he said, giving the example of the global climate movement, which he said the pandemic brought to the forefront.

Founder of Futuremap Parag Khanna also commented on the matter of globalization, saying it “is always evolving.”

“It isn’t really one fixed pattern of relations. Supply chains, for example, are rapidly shifting as a result of the pandemic,” Khanna said.

Adding that “most conflicts in Asia have a systemic impact involving global powers,” he said Asian states had tended to “keep these suppressed due to economic integration.” “The last thing the global economy can afford right now is an unnecessary conflict.”

Regarding China’s role in the course of the COVID-19, he said: “The fact that China is taking a key role in vaccine implementation and practice ‘mask diplomacy’ demonstrates its efforts to regain trust in the wider geopolitical space.”

“We should not confuse presence with leadership. America’s presence is still ubiquitous. Leadership is another question,” he added.