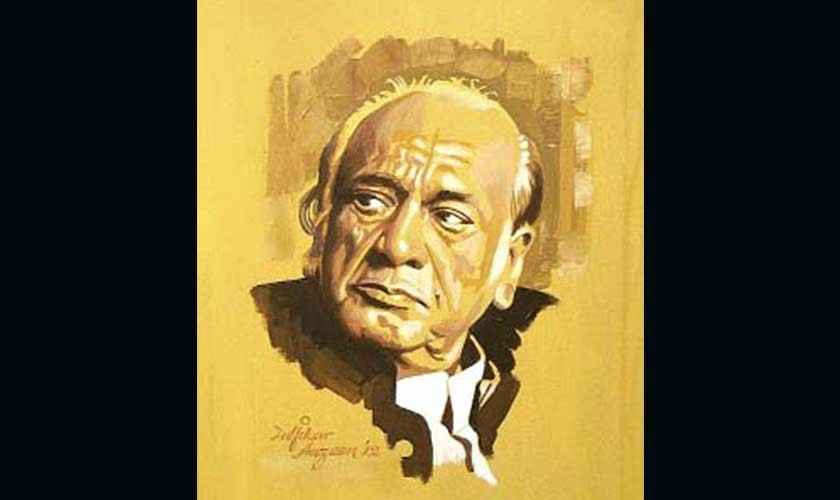 The general understanding of music all over the world, and particularly in this part of the world, is that it is the rendition of words. Even the more informed are supposed to see its illustrative role, and are uneasy over the abstraction of the sur, the note or the sound as sung.

It may have come from religion as the written word is considered sacred and may be rendered in melody or chanted. The end result may be the more effective communication of the word because it is believed that words are the repository of the message ordained.

Many of the thinkers and interpreters of the scriptures may have another view that gives primacy to sound rather than the word – even if it was the spoken word which meant it had sound as its core.

Without going into the theological and scholastic sophistry, let’s just mention that there have been societies or phases in the span of civilizations where the primacy of the sur has prevailed undisputedly.

The preoccupation of the musicians and the philosopher musicians has been with labelling musicologists on the basis of their sur. It is actually the characteristic of its abstraction that is very instruguining and challenging.

It is the immense scope that is beyond comprehension in its entirety. This has been the quest of those not content with the banality of the received truth.

In many societies that reached sophistication in their spiritual quest, the main desire or ambition was to be fully in command of the sur without the aid of the word.

The word was seen as a hindrance or something that created a duality which went counter to the desire of absolute unity. The effort was, therefore, to totally dispense with the word or to minimize its role.

Here again, the classical tradition was to dwell on the sur rather than the word. This is different from more popular forms where the more conventional understanding of music prevailed.

If one has to categorize societies in terms of their ability to liberate themselves from the clutches of material acquisition, then the societies that dwelled on the note rather than the word stand out. In the middle is a great sliding space with many shades and nuances that symbolises intellectual maturity of a society.

One of the biggest challenges was for the vocalists in particular because vocal music was considered to be the highest form of music. The throat was considered the most intricate instrument ever created, which was used for the sur.

The sur is supposed to be without any connotation and is thus abstract and free of any strings that might pull it towards an easy compromise.

In music forms, where the lyrics play an important part, the greatest challenge for the vocalist is to break through the limitation of meaning that the words impose.

The significance of the sur has to dominate and takeover. In the classical forms in the Indian sub-continent, the lyrics were kept to the minimum. They were totally subordinated to the tonal pattern of the melodic formations that are usually expressed through the combinations and permutations of any particular raga or even a subtle mixing of two or more ragas in various tempos.

This has to be further distinguished from recitation, which in various cultures, including our own, have had an equally old and venerated tradition. The recitation, or cantillation or what is generally known as tarannum is only a musical illustration of the lyrics and its virtue too is supposed to rest there.

However, the moment it liberates itself from the limitation of the word to assume a definitive tonal form, it is supposed to be assessed from a musical point of view rather than a fumble about finding a relationship between the note and the word.

In the last seventy odd years since the creation of this country, one has seen a steady decline of the forms that dwell on the purity of the note and move away from the meaning-driven comprehension of the word.

Many vocalists have tried to reach some kind of a compromise and have taken bits from both to survive and create an expression that stays relevant to the changing environment of the times.

Under this changing music environment and the ingress of technology, the way the note is intoned has changed drastically. This has transformed the ambience against which music was received in our traditional culture. Keeping within the tonal matrix of our music, Mehdi Hasan actually developed a completely new style of singing.

Since he was from Rajasthan, he brought with him the very rich tradition of the Jaipur gaiki. By integrating the maand – a folk form – he created an ang which was rendered with a constricted throat. It went along wonderfully well with the recording and microphone technological limitations as the very fine and subtle nuances were captured.

He brought the ghazal gaiki to a new level and totally moulded its singing into ragas while straining to give a very broad meaning to the lyrics. His singing was not illustrative, but it did not go much beyond illustration to assume a totally abstract form either.

The imperatives of identity helped in promoting the ghazal in the new state of Pakistan as it represented a cultural continuum that was closer to the Muslim identity.

In poetry, since ghazal had grown from the interaction between the Persian and local traditions, it was owned by the establishment of the new state as the foremost musical expression of Pakistan.

Ghazal was patronised and it basked in its appeal to the middle-class, urban audience. In the later phase, qawwali took over to assuage the contradictions that rued many in the decades dominated by a display of piety. Mehdi Hasan passed away on June 13, 2012.