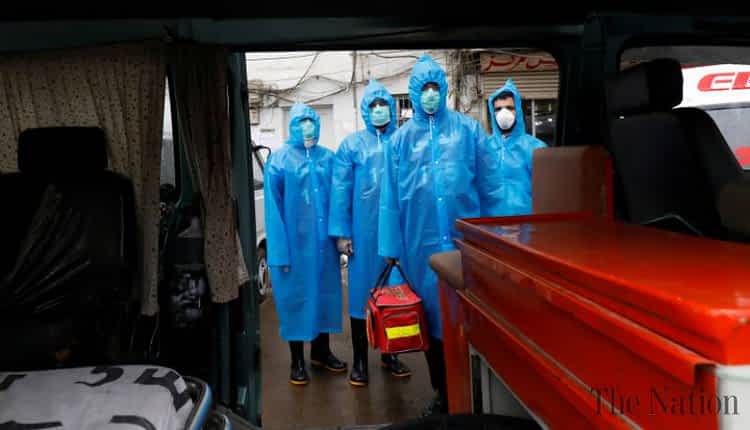 The head of Edhi Foundation, and son of renowned Pakistani social worker, Faisal Edhi, on Friday has offered to provide 50 ambulances in wake of the Coronavirus pandemic outbreak in India.

Faisal Edhi, in his letter to Indian Prime Minister (PM) Narendra Modi, has expressed grief over increasing cases and deaths of the people due to coronavirus in India and offered assistance in this time of need.

He said that Edhi foundation is ready to provide emergency medical technicians, drivers, office and supporting staff. We only need Indian government’s permission and cooperation from local government and police in this regard, he added.

He further said that Edhi foundation can work in any area as per the suggestions of the Indian government.

The development came after Delhi hospitals issued desperate appeals for oxygen and 13 COVID-19 patients died in a fire, as India’s healthcare system buckled under a new wave of infections.

The surge in cases, blamed on a new virus variant and the government allowing “super spreader” public events to go ahead, saw another 330,000 new infections and 2,000 deaths reported in the past 24 hours.

The latest in a string of fires at hospitals broke out on the outskirts of Mumbai early Friday morning, a local official said. It has since been put out and the cause was being investigated.

“There were 17 patients inside when a fire broke out in the ICU of Vijay Vallabh Hospital, out of which 13 died and four have been shifted to other facilities,” fire department official Morrison Khavari said.

Over 0.2 million people vaccinated across country in one day: Asad Umar