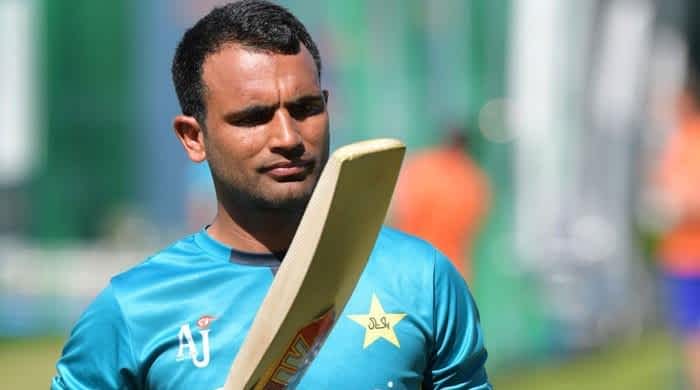 Pakistan’s opening batsman Fakhar Zaman on Wednesday scored his second consecutive century against South Africa and surpassed the record set by Pakistan’s legend Zaheer Abbas in the list of players with the most aggregate runs after the initial 50 innings of his career.

This was the 6th century of Fakhar Zaman’s ODI career, in which he smashed 101 off 104, hitting 9 fours and smashing 3 sixes to help Pakistan post 320/7 in the third ODI at Centurion.

There is only one batsman in the world who scored more runs than Fakhar after the first 50 ODI career innings and he is Hashim Amla. The South African had amassed 2,486 runs at the end of the 50th ODI career inning.

In addition, Fakhar Zaman has also achieved another record along with his opening partner, Imam ul Haq, following their stand of 112 in centurion.

This was the 5th century stand by the two players for opening partnership – the most by any opening pair for Pakistan in ODIs.

The pairs of Mohammad Hafeez – Nasir Jamshed and Imran Farhat – Yasir Hameed had scored 4 while Aamir Sohail and Saeed Anwar had scored three century partnerships for the first wicket in ODIs for Pakistan.