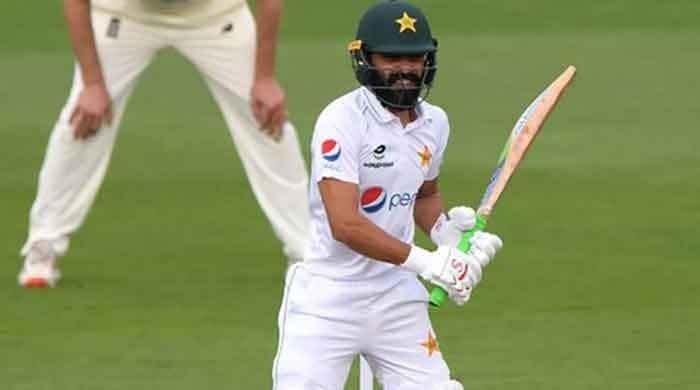 Pakistani left-handed batsman Fawad Alam has thanked fans for showering him with love and appreciation after his ton against New Zealand on Wednesday.

Fawad took 11 years to do it but he did score a century against New Zealand in the first Test match of the series.

Though Pakistan ended up losing the match, Alam’s century and his subsequent celebration was a special moment for cricket fans in Pakistan.

Fawad said that he was “truly humbled” by the love, respect & appreciation received from everyone.

“I feel incredibly grateful representing my country & making everyone proud. Here’s to hoping for even better future performances. Happy New Year in advance, keep me & my family in your prayers,” he tweeted.

New Zealand beat Pakistan by 101 runs in the first Test in Mount Maunganui on Wednesday with the final wicket falling with just 27 balls to spare.

Tail-enders Shaheen Afridi and Naseem Shah blocked for seven overs in fading light before Naseem was caught and bowled by spinner Mitchell Santner for one, ending Pakistan´s resistance.

The end for Pakistan had begun when Kyle Jamieson, celebrating his 26th birthday, broke the 165-run fifth-wicket stand by Fawad Alam and Mohammad Rizwan.

The victory was crucial for New Zealand, who need to sweep the two-Test series to have a chance of making the World Test Championship final at Lord´s in June.