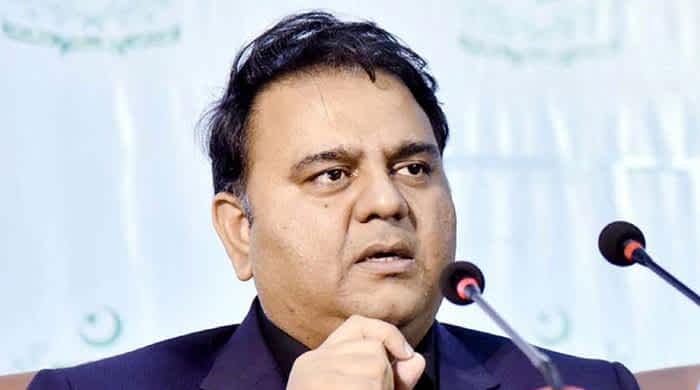 Fawad Chaudhry highlighted how development in technology would “be permanently hampered” across Pakistan, a country that already lags significantly behind the world in terms of science and research. The News/via Geo.tv/Files

ISLAMABAD: Science and Technology Minister Fawad Chaudhry on Wednesday spoke up about the cons of the ongoing “moral policing and ban approach” in Pakistan as the government mulls permanent bans on various apps, including TikTok and PUBG, and a day after video-streaming app Bigo was blocked.

Chaudhry said it was not okay to go on banning apps left, right, and centre, as it would “destroy [Pakistani] tech industry”.

He further highlighted how development in technology would “be permanently hampered” across Pakistan, a country that already lags significantly behind the world in terms of science and research.

The federal minister expressed his concern over how there was a consistent and “ill-advised interference in economic matters” that affected the country’s growth.

On Monday, the Pakistan Telecommunications Authority (PTA) took action against Chinese-owned TikTok and video streaming app Bigo after receiving a “number of complaints … from different segments of the society against immoral, obscene and vulgar content” on these apps.

Even though TikTok responded saying its top priority was “maintaining a safe and positive in-app environment”, the PTA was yet to comment on the matter. The Chinese app’s management had stated that it deployed “a combination of technologies, and moderation strategies to detect and review problematic content that violates our terms of use and comprehensive Community Guidelines”.

TikTok has also said it removed 3,728,162 user videos that were found in violation of regulations from Pakistan from July 1 to December 31, 2019, noting that it offered users a number of controls, tools, and privacy settings to report inappropriate content.

Earlier this month, the PTA had temporarily banned the PUBG for being too “addictive” and posing “serious negative impact” to the players’ physical and psychological health. It had noted that the decision came on the back of complaints as well as media reports claiming “cases of suicide attributed to PUBG game”.