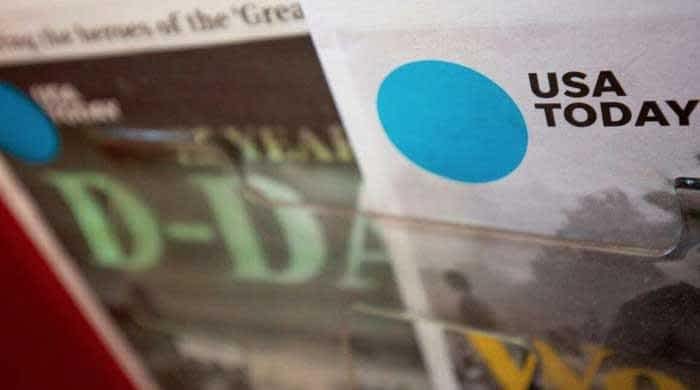 LONDON: USA Today, an influential newspaper, is resisting FBI efforts to seek details of its readers who read an article about the killing of two agents, international media reported Saturday

The FBI, according to a BBC report, has launched an investigation into the murder of two of its agents and has sought the information as part of the investigation.

“The newspaper’s owner is resisting the request and asked a judge to quash the demand,” it said, adding the agency demanded USA Today hand over its records on who had read the article.

It was said that the FBI’s demand is a “clear violation” of protections to press freedom.

According to the report, the FBI issued a subpoena – an order to submit evidence – to USA Today’s owner Gannett, asking for information about anyone who clicked on the article.

The news report about the fatal shooting of two of the bureau’s agents in Florida was published in February.

The FBI has sought the IP addresses and phone numbers for readers of the piece during a 35-minute window. Through IP addresses, the location and owner of the computer can be traced.

“The information sought through this subpoena relates to a federal criminal investigation being conducted by the FBI,” the order, quoted by the BBC report, reads.

The newspaper has approached the court against the FBI order, pleading it to cancel the subpoena as it breaches the first amendment of the US constitution, which protects the right to free press from government interference.

“Being forced to tell the government who reads what on our websites is a clear violation of the first amendment,” said Maribel Perez Wadsworth, USA Today’s publisher.

“The FBI subpoena asks for private information about readers of our journalism.”