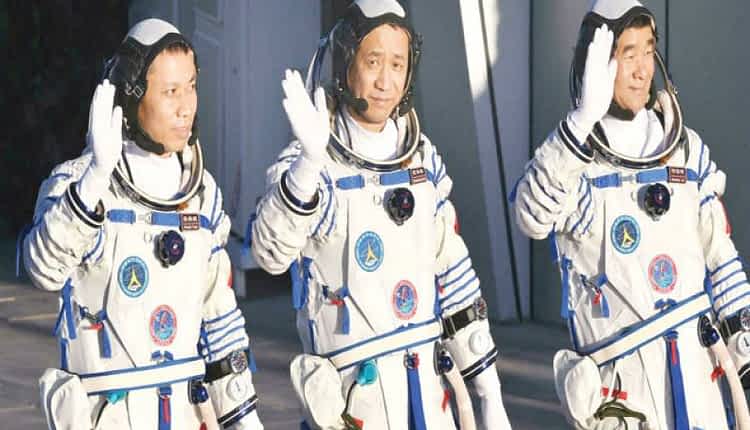 Beijing – Astronauts at China’s new space station conducted their first spacewalk Sunday, state media reported, as Beijing presses on with its extraterrestrial ambitions. It was only the second time the country’s astronauts have stepped out of their craft while in space.

Three Chinese spacemen blasted off in June, docking at the Tiangong station where they are to remain for three months in China’s longest crewed mission to date. On Sunday morning, two of them exited the core cabin, said state broadcaster CCTV.

The first, Liu Boming, was transported via mechanical arm to a work site and the other, Tang Hongbo, moved by climbing on the outside of the cabin.

Their mission involves elevating the panoramic camera outside the Tianhe core module, as well as verifying the robotic arm’s transfer capability, state media said. Television footage showed the astronauts preparing for the spacewalk by donning gear and conducting health checks while exercising in the cabin.

The astronauts were later shown opening the cabin door and exiting the module, in the first of two spacewalks planned for the mission — both expected to last six or seven hours. The launch of China’s first crewed mission in nearly five years is a matter of huge prestige for the country, as Beijing marks the 100th anniversary of the ruling Communist Party this month with a massive propaganda campaign.