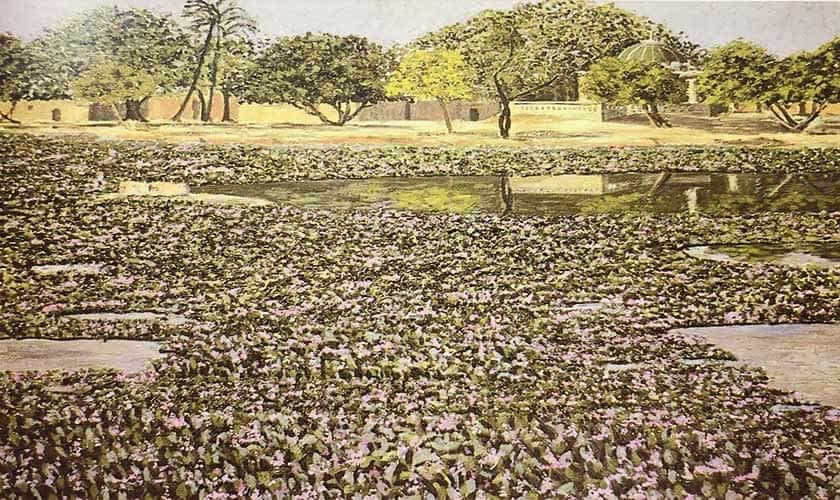 A character in Ali Smith’s recent novel, Summer, states: “whatever age you are, you still die too young”. The comment aptly fits the passing away of Shahid Jalal who always appeared so young at heart.

A chartered accountant by training, he earned recognition and respect as one of the major artists of the country, receiving the President’s Award for Pride of Performance in the field of painting in 1994.

I recall him as a regular, often first, visitor at the annual degree shows of the National College of Arts. His was not a social appearance but one of a genuine art enthusiast’s. He spent hours looking at the works of graduating students, climbing all the cruel stairs to top floor displays — areas not visited by many guests and even shunned by some of the faculty and students.

This attention to younger, inexperienced and emerging artists remained a constant with him. Always eager to learn, he had opted for art after completing his training in accounts. He had joined the National College of Arts in 1978, spent a year, and decided to dedicate his time to painting instead of being in an art school for a full four-year course. This proved to be a blessing as he chiselled his personal vision and unique style (like a self-taught artist), which he pursued in painting after painting.

There is an overlap in art discourse on vision and style. In Jalal’s example, the two stand apart. His vision remained a person’s act of seeing — eye as a recorder of images. His paintings are not about political concerns, literary references or romancing the tradition. They are about a man’s delight in discovering the world around him: within his house, around his street, glimpses of a public garden (works from 1994) and suburban sites which mediate between city and village.

His vision evolved constantly and consistently. His early works followed the aesthetics of his mentor, Khalid Iqbal; then a different direction emerged. In a series of paintings, his fields, waterways, trees, and barren earth appear as if viewed from an aeroplane. There are almost-geometric compositions that look like maps of ordinary places, frequented and cultivated by humble folk.

It could be that painting these subjects made Shahid Jalal a down-to-earth, accessible individual. In Punjab Artists’ Association meetings, he always presented his viewpoint clearly, honestly and earnestly and was prepared for comments and criticism which he took with a smile on his face. The same pleasant, yet professional, attitude marked his conduct as a member of the selection committee of the Association’s annual exhibitions. He had a tremendous ability to discern the merits of art works and their ‘eligibility’. He was also open to hearing and accepting differing opinions.

He mostly painted landscapes. Yet he would explore something new in the subject every time. In his 1994 solo exhibition at the Frere Hall, Karachi, (to support The Citizen Foundation), Jalal painted several views of the same location (and identical compositions) with only a shift in light; morning, afternoon, evening in his The Verandah, The Dining Room, A Beehive, and Bottle Brush in Bloom. While reminding one of Claude Monet’s paintings of the same haystacks or a single cathedral in different seasons and hours, these canvases also confirm the artist’s stance that a situation can be approached in multiple modes. This is equally true of a subject for painting, a point for professional discussion and a matter of political discourse.

Along with his vision, Jalal’s style and imagery signified his art. He chose to apply paint in thick impasto. Thus a tree, a bush, a field were not purely segments of nature but also an invitation to touch. In my view, the tactile quality was not merely a formal aspect of his art but also a part of his personality. Even without shaking hands, being with him filled you with warmth and a sense of connection.

Over the years, Jalal’s loading/covering his surfaces with heavy paint yielded to a lighter treatment. Yet the transition wasn’t detectable because what he had aimed at in substantial coats, he now achieved through subtlety of chromatic control. This command over his craft is evident in his later canvases where shades, tones, and hues evoke the sensibility we associate with a tactile chunky paint.

Once at the Royal College of Art, I was in the studio of a Japanese student a year senior to me. He asked me how I felt about the work produced at the institution. “It seems everyone is in love with paint,” I remember telling him, to which he replied by asking: “Are you not?” Those words apply so well to Jalal’s canvases. His landscapes, though painted, appear real — fields one could walk on, and pebbles, twigs, and rocks one may stumble on. Enriched by thick texture, his paintings invite one to caress them with one’s eyes.

Jalal has left the world at a time when the sense of touch is dreaded and discouraged. But you don’t always need hands to touch. When we see his paintings such as The Largest Carpet of Flowers in the World (2014), we feel like strolling on that bed of flowers from Lawrence Garden, Lahore, or someplace else.

At the reference held for Shahid Jalal on August 21 at the Alhamra Art Centre, Lahore, Professor Ijazul Hassan remarked that the painter was moved by looking at the carpets of Emperor Akbar’s period in a Tehran museum. In his painting, the spread of flowers is weaved like a tapestry (in any case both a flower bed and a carpet are patches of ground — initially to step on, but barred so as not to trample on flowers or motifs).

You can’t miss flowers in Jalal’s art — on trees and bushes; in fields and parks; or in an eternal garden. With his passing away dust to dust does not sound apt; it’s rather the flower going into flowers.

Bettors stampede back in favor of Biden as results stream in