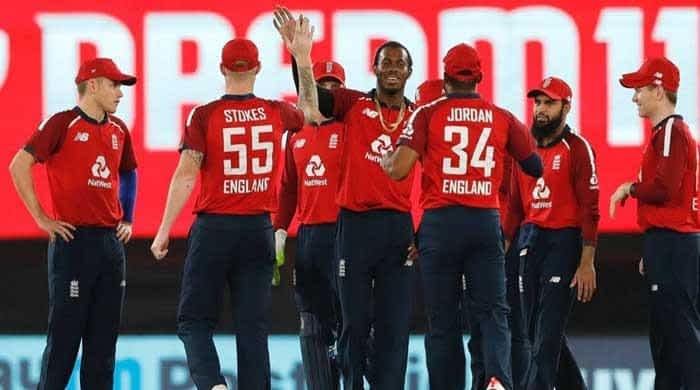 LONDON: The Indian Premier League got a setback on Monday when the English Cricket Board said that the tours of Pakistan and Bangladesh to take priority over the T20 league.

There were reports that the England cricketers might not be available for the series due to IPL.

The IPL 2021, which was postponed due to coronavirus, is expected to resume in October, the same time when England is scheduled to tour South Asia.

Responding to rumours about the English side’s key players being available for the Asian tours, Ashley Giles, England managing director, said: “If those tours go ahead I’d expect them (players) to be there”.

“We’re planning on the involvement of England players in England matches.”

Some of the English cricketers had to miss the New Zealand series due to IPL which was earlier scheduled to end on May 30.

England are due to play limited-overs matches in Bangladesh before proceeding to their first Pakistan tour in 16 years. They will play two T20s on October 14 and 15.

On October 16, they will fly to India for the T20 World Cup, which is immediately followed by the Ashes series in Australia.

“None of us knows what a rearranged IPL looks like at the moment,” Giles told UK media.

“But when we start this summer our programme is incredibly busy. We have a lot of important and high-profile cricket.”

Coinbase to allow users to use card via Apple, Google wallets

Death toll from blasts near Afghan girls’ school rises to 68