For the love of comics | Art & Culture | thenews.com.pk 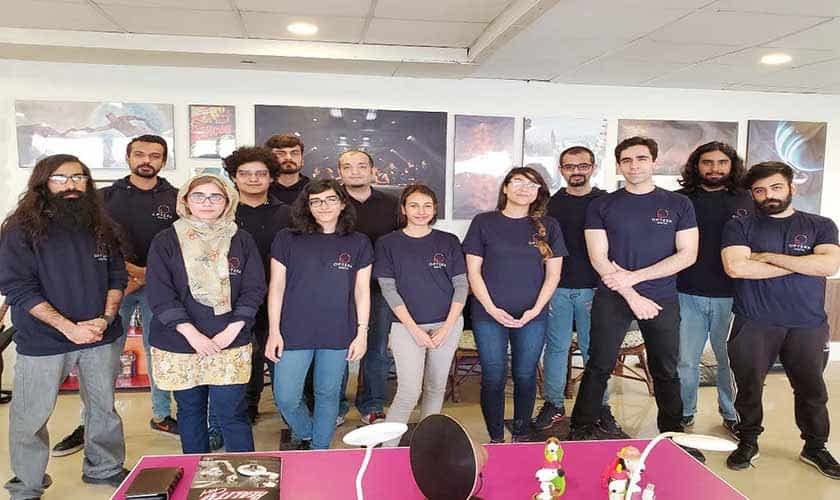 The News on Sunday (TNS): What role do comics play in telling stories about Pakistan?

Nabeel Rooshan: They present an interesting and fluid medium. They’re easy to follow for audiences and relatively a new creative territory. We have yet to develop a local language for comic books. This makes them an exciting medium.

Khaya Ahmed: The blend of art and scriptwriting creates empathy in an audience. We tactfully approach sensitive subjects which may be considered taboo by the general public.

Ali Hamza: Historically, comics have reflected the culture and history of their region of origin. [In Pakistan] home-grown comic books have yet to be recognised as mainstream. The form of art and storytelling is now gaining momentum. It has a self-reflective quality that will activate readership, providing people of all ages and backgrounds an engaging window into their own culture and environment. It is a form of learning, discussion and resolution.

Shershah Ahmed: There is nothing quite as versatile as a comic book, because they are adaptive in nature. Comics can tackle taboo topics, such as transgender rights and child abuse and create awareness on environmental issues.

Jahanzeb Chaudhry: Like traditional arts, comics are a medium of expression. The popularity of superheroes in Pakistan is quite evident. Comic books are back in demand. The major difference is that our stories are visualized through more beautiful art and intelligent writing.

Sara Mirza: Pakistan has a rich history and epic stories that can be revisited. Comic books provide visual storytelling with no limitations. Given their growing popularity, they can depict real life social and political issues as well as fantasy and local history.

Optera Digital, founded by Abbas Saleem Khan, is a collective of passionate artists and writers. Working under his mentorship, they have produced Aaj Kal Ka Zamana and Reality Girl. Their latest release, Ivadia: The Splintered Spear is a 12-issue comic book. The prelude, A Twist of Fate, is currently available online. The team includes Khaya Ahmed, Shershah Ahmed, Nabeel Rooshan, Jahanzeb Chaudhry, Sara Mirza, Mahruna Khattak and Ali Hamza. Inspired by classics, superhero fiction, indie and alternative comic books, Ivadia takes readers on a visually enchanting journey into a fantasy world inlaid with South Asian motifs and architecture. The aura of magic and folklore are woven into the story by creating otherworldly characters, action, suspense and drama. The News on Sunday talked to the team recently.

Mahruna Khattak: Pakistan is rich in culture and traditions. People need to know about that and what better way there can be for that than through comics.

Ali Hamza: It would be the launch of Reality Girl. Seeing so many people attend and realizing that this was just the beginning; it was a proud moment being a part of a talented group of people.

Jahanzeb Chaudhry: The entire team was present at the Reality Girl launch. We were surrounded by wonderful fans. We were all crammed into a comic book shop with barely enough room but the feeling of accomplishment filled the air.

Khaya Ahmed: While huddled over a screen researching for Ivadia, we stumbled on articles pertaining to the subcontinent. We were so completely immersed that we spent hours reading. We became an unofficial book-club collecting visual and narrative elements which added to the richness of the story.

Shershah Ahmed: Coming up with the definitive Reality Girl bat-strike pose was hilarious because we enlisted our artist Sara Mirza to hold a broom as large as herself and pretend to strike us.

Nabeel Rooshan: I remember being anxious making the first page of Reality Girl. It was my first publication and I didn’t want to fail. Ivadia was a different story; I approached the first page with a desire to prove myself. I wanted to hit the reader with a grand scene.

TNS: What keeps you motivated as a team?

Nabeel Rooshan: It is the desire to give the reader a really memorable story. At Optera. we’re passionate about comics. We know that when we’re done, we will bring our readers a joyful experience; that helps us get through tough times.

Jahanzeb Chaudhry: Reality Girl or Ivadia could not have been achieved by a single individual. It’s the coming together of several fields, skill sets and confident creative processes that make it possible. The team helped me overcome delays, setbacks and obstacles.

Shershah Ahmed: There have been times when team morale was low, particularly during this past year. Creative processes require a constant back-and-forth which was hard to manage when everyone was working from home. But the love for comics, art and writing kept the team afloat. When you see the pages come to life, it keeps the fire alive.

Mahruna Khattak: The team is what motivated me. Working together on this project was the most fun experience. We never gave up regardless of how many changes there were. In the end, we all did it together.

Sara Mirza: It was a shared vision; to make this story perfect and memorable for the audience. Everyone worked to the best of their ability to ensure that.

Optera Digital are set to officially launch their series by the end of the year.

The writer is an artist and an art therapist