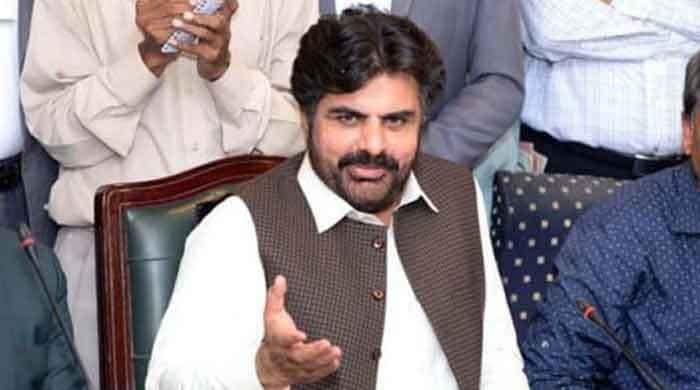 The Mauripur Road, Peoples Stadium, Grid Station and Chakiwara RO plants have been reopened with an initial capacity of 200,000 gallons a day, and it will be enhanced to one million gallons a day in three phases by June.

Shah said that in accordance with the vision of PPP Chairman Bilawal Bhutto Zardari, the journey of development is being continued throughout the province, adding that the party chief has issued special directives for completing the development projects of Lyari Town, as well as resolving the issue of potable water.

He pointed out that PPP Co-Chairman Asif Ali Zardari had launched the network of RO plants during his tenure as the president of Pakistan, saying that it was a gift to the people of Lyari. However, he lamented, the plants were closed due to technical faults.

He said that the PPP chairman had directed Sindh Chief Minister Syed Murad Ali Shah to reactivate the closed RO plants. “We have fulfilled our promise by reopening the four RO plants.”

The LG minister said that the RO plants in Nani Goth, Mawach Goth and 500 Quarters in Keamari Town were also opened on Sunday, while the large RO plants, including the Trans Lyari and Ahmed Shah Bukhari plants, will be opened within three weeks so that the area’s potable water issue can be resolved.

Similarly, he added, the repair work on the Nasir Hotel, Younisabad, Baba Bhit Island and Keamari Creek’s RO plants has also been started, and they will soon begin to provide water to the people of the area.

He said that the infrastructure of Lyari is being improved, along with the overhauling of the sewerage and drainage system, so that the road network can remain intact for long. The development work of Bhittai Road has also been started, he added.

Shah said that after the completion of the infrastructure improvement work, the PPP chief himself will inaugurate the projects and announce more development schemes for Lyari because the town always remains among his priorities.

He said that after the Lyari University & Medical College, the provincial government is now working to establish an engineering university in the area. He added that health, education, sports and infrastructure development of Lyari is the focus of the PPP’s Sindh government.

He appealed to the people of Lyari Town to take ownership of the RO plants, saying that they belong to the residents and the responsibility to protect these valuable projects lies on each of them.