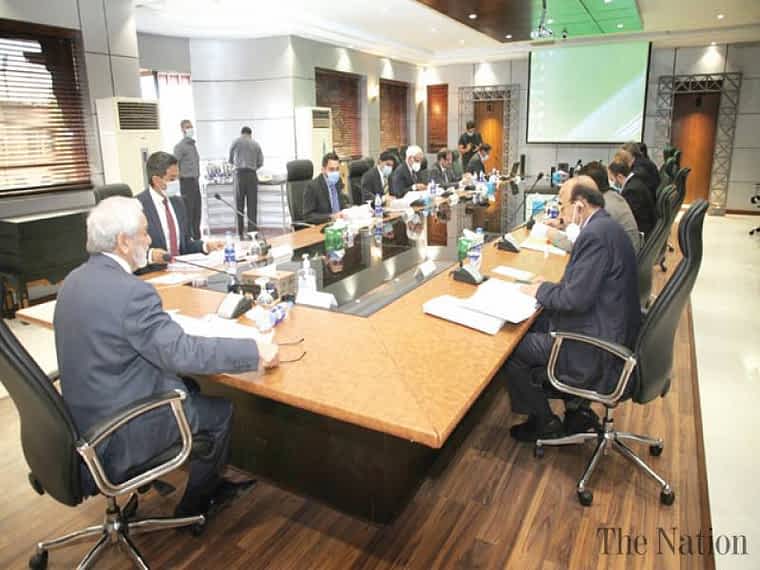 LAHORE-The Pakistan Cricket Board (PCB) appointed four new independent members to the Board of Governors (BoG) during the 59th BoG meeting held here at the National High Performance Centre on Monday.

The BoG, in accordance with PCB Constitution 2019 Clause 12(1)(c), unanimously approved the appointment of Javed Kurieshi, Arif Saeed, Aasim Wajid Jawad and Alia Zafar. Two of the new members – Javed Kurieshi and Arif Saeed – have been appointed to the BoG for a three-year period while Aasim Wajid Jawad and Alia Zafar have been appointed for a two-year period. Following the appointment of the four independent members, the new BoG has been formed. The remaining three members on the BoG will be appointed following completion of the election process at the Cricket Association level.

Speaking on the occasion, PCB Chairman Ehsan Mani said: “I want to congratulate and thank all the respected outgoing BoG members for their outstanding contributions to Pakistan cricket. Following promulgation of the new PCB Constitution in 2019, these distinguished members, on my request, had agreed to continue through the transitional period and provide the PCB management appropriate guidance through their knowledge and insight.

“The fact that these BoG members unanimously approved the appointment of the independent members, which now changes the outlook and composition of the BoG, illustrates their respect for the PCB Constitution 2019 and Pakistan cricket at heart. “However, the PCB will continue to benefit from their experience and understanding, by including them as members on the Cricket Associations’ interim executive committees (IECs), which will be confirmed shortly. The first and the most critical assignment of the IECs will be to supervise the registration of clubs so that cricketing activities can resume at the grassroots level.

“I welcome the newly-appointed independent members to the BoG, especially Alia Zafar, the first female independent member, which is a giant step forward in enhancing the PCB’s governance structure. “The four new members bring with them a wealth of diverse knowledge that will only improve the professional outlook and working of the PCB. These four individuals are highly respected and proven performers in their respective professional lives and we aim to benefit from their knowledge in our efforts to improve our governance,” Mani added.

The BoG appreciated the PCB for successfully completing more than 50 per cent of the 208-match 2020-21 domestic cricket season in the difficult and challenging Covid-19 pandemic. The BoG noted Pakistan was the only country that had announced a full domestic schedule and to date had delivered three high-quality and competitive tournaments, which were thoroughly enjoyed by the Pakistan cricket fans and followers on PTV Sports, delayed live-streaming and social media.

Separately, the women’s high performance camp was staged at the Hanif Mohammad High Performance Centre from 8-31 October, which was attended by 27 elite women cricketers. The BoG also expressed its delight that the remaining four HBL PSL 2020 matches will be played from 14-17 November and the foreign cricketers had already started to arrive in Karachi, while South Africa’s tour for two Tests and three T20Is in January/February 2021 was also on track.

The BoG welcomed the England and Wales Cricket Board’s statement that it was considering a short tour to Pakistan in January 2021 and congratulated the PCB for its efforts in convincing a leading cricket nation like England to consider touring ahead of their expected full tour in 2022. It was acknowledged that this will prove to be the catalyst for New Zealand, Australia and England’s tours in 2021 and 2022.

PCB Chief Executive Wasim Khan said: “We have achieved unprecedented success on the domestic cricket front, by not only delivering top-quality cricket in difficult Covid-19 situation but also by involving some of the very best former cricketers in various coaching and support roles. Due to the successful staging of our 2020-21 domestic season through our own resources and capabilities, we have been able to demonstrate to the world that Pakistan is a one of the safest countries to play cricket during the Covid-19 pandemic.

“Faf du Plessis’s decision to make his PSL debut in the playoffs and the participation of 18 other foreign stars in the remaining four matches is an endorsement of the PCB’s efforts in what presently is a challenging time for the world. With this background, it is very satisfying that our implementation has been acknowledged by the PCB’s superior body; the PCB remains committed to looking after the health and wellbeing of our cricketers, officials and support staff,” he added.

Separately, PCB Chief Executive Wasim Khan briefed the BoG that the board had exceeded the PKR24million projections by selling the 2020-21 domestic season inventory for PKR34million, a rise of PKR11.5million from the 2019-20 season. With discussions for title sponsorship of the Pakistan Cup One-Day Tournament underway, the PCB expects to touch the PKR40million-mark.

WHO advises masks for children over 12