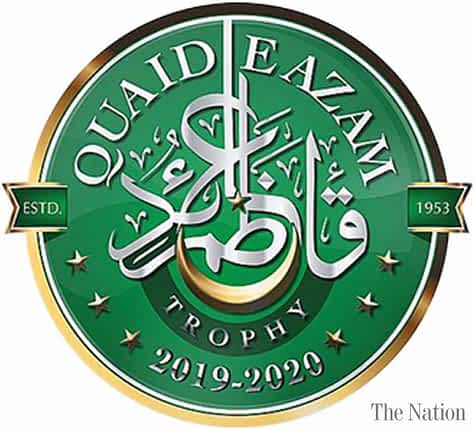 LAHORE   –  Following an 11-day break during which the Pakistan Super League (PSL) 2020 playoffs and final were held at Karachi’s National Stadium, the Quaid-e-Azam Trophy first-class tournament resumes with the fourth-round matches from today (Friday).

The four-day tournament has seen a hugely competitive start with seven out of the first nine matches producing results. Southern Punjab lead the six-team table with 55 points while defending champions Central Punjab are languishing at the bottom with a mere 16 points courtesy two defeats and one draw.

Following the announcement of the 35-player contingent for the New Zealand tour, the six head coaches were provided a window to rejig their squads by promoting top performers from Second XI teams, picking reserve players or selecting a maximum of three of those cricketers from the other Cricket Associations who are yet to feature in first-class cricket this season.

While most of the coaches promoted players from the lower-rungs, Central Punjab had batsman Tayyab Tahir transferred from Southern Punjab. With Azhar Ali, Sarfaraz Ahmed and Shan Masood amongst the 35-player touring party, which departs for New Zealand later this week, Hasan Ali, Asad Shafiq and Umar Siddiq will lead Central Punjab, Sindh and Southern Punjab, respectively.

The table-toppers will take on fourth placed Sindh in the televised fixture at the National Stadium. The match would be broadcast live on PTV Sports with the PCB YouTube channel providing delayed stream of the encounter. Southern Punjab won their first two matches before losing their last match to Khyber Pakhtunkhwa by 75 runs. The Umar Siddiq-led side would hope to continue their domination and earn an outright win or enough points to secure their position at the top of the table.

The Asad Shafiq-led Sindh (36 points) have lost Sarfaraz, Fawad Alam and Sohail Khan as the trio is a part of the New Zealand-bound squads. The 77-Test veteran Asad would be aiming to regain his batting form after losing his middle-order batting spot in the Test squad.

Third-placed Balochistan will play host to second-placed Northern at the National Bank Sports Complex. Balochistan have won one game, drawn one and lost one match so far to collect 44 points. Nauman Ali-led Northern (52 points) would once again be relying on their prolific captain to spearhead their victory bid in the match. The left-arm-spinner Nauman has taken 25 wickets and at present occupies the top-spot in the bowling charts.

Defending champions but currently bottom-placed Central Punjab have all to play for in their fixture against Khyber Pakhtunkhwa at the UBL Sports Complex. After Azhar Ali’s departure, fast bowler Hasan Ali has been named captained of the side with seasoned batsman Usman Salahuddin his deputy. Khyber Pakhtunkhwa will be led by Khalid Usman. They are currently placed fifth in the table with 33 points after having won one, lost one and drawn one game.