G7 pledges to donate 1B doses of COVID-19 vaccine 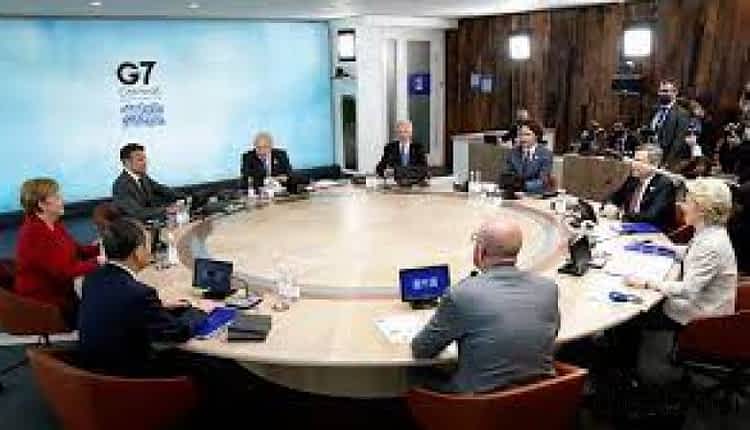 In a closing declaration Sunday, the G7 summit in the UK committed to share at least 1 billion doses of COVID-19 vaccine.

At a press conference following the summit, British Prime Minister Boris Johnson said the summit lived up to expectations, and that the world wanted its leaders to end the “nationalistic approach” that characterized the early period of the pandemic.

On COVID-19 vaccines, the G7 final communique said: “Total G7 commitments since the start of the pandemic provide for a total of over 2 billion vaccine doses, with the commitments since we last met in February 2021, including here in Carbis Bay, providing for one billion doses over the next year.”

“Taken together, the dose equivalent of our financial contributions and our direct dose sharing mean that the G7’s commitments since the start of the pandemic provide for a total of over 2 billion vaccine doses,” it added.

On China, the G7 communique said: “We will promote our values, including by calling on China to respect human rights and fundamental freedoms, especially in relation to Xinjiang and those rights, freedoms and high degree of autonomy for Hong Kong enshrined in the Sino-British Joint Declaration and the Basic Law.

“We remain seriously concerned about the situation in the East and South China Seas and strongly oppose any unilateral attempts to change the status quo and increase tensions.”

G7 leaders also called for a “timely, transparent, expert-led, and science-based WHO-convened Phase 2 COVID-19 Origins study including, as recommended by the experts’ report, in China.”

On Russia, it said the G7 reiterated its interest in “stable and predictable relations” with Moscow and will engage in areas of mutual interest, but added: “We reaffirm our call on Russia to stop its destabilizing behavior and malign activities, including its interference in other countries’ democratic systems, and to fulfil its international human rights obligations and commitments.”

As part of the final day of events at the G7 summit, broadcaster and environmentalist Sir David Attenborough addressed the G7 leaders in a pre-recorded speech.

He said: “We know in detail what is happening to our planet, and we know many of the things we need to do during this decade.

“Tackling climate change is now as much a political and communications challenge as it is a scientific or technological one. We have the skills to address it in time, all we need is the global will to do so.”

On climate change, the G7 communique said: “Protect our planet supporting a green revolution that creates jobs, cuts emissions and seeks to limit the rise in global temperatures to 1.5 degrees. We commit to net zero no later than 2050, halving our collective emissions over the two decades to 2030, increasing climate finance to 2025; and to protect or conserve at least 30 percent of our land and oceans by 2030. We acknowledge our duty to safeguard the planet for future generations.”